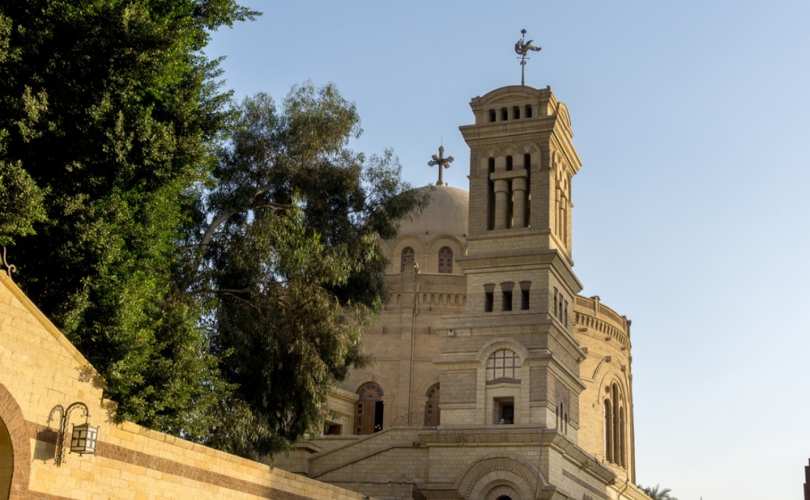 Nermin Sadik, 32, A brave and heroic Coptic mother sacrificed her life to save her two daughters during the terrorist attacks that targeted Christians at a church in Cairo. Nermin pushed her daughters, Nesma, 11, and Karin, 7, away when she saw the gunman at Saint Mina Coptic Church before falling to the ground.

Nermins daughter Nesma 11, in regards to the events that took place said; “After falling, the terrorist looked angrily at a necklace on my mother’s neck and then took out a weapon and fired several bullets at us,” Nesma further said. “One of them hit my mother.

It is believed the terrorist tried to kill Nesma and her sister, however as the girls’ mother died, she held her daughters in her arms to protect them from the gunfire. Egypt Today report that Nermin Sadik was a nurse.

Her husband also had this to say about her; “She was affectionate for everyone, and she liked to help without charge.”

It is estimated ten people were killed and nine injured in the December 29 attack on dozens of Christian worshippers in the Helwan district south of Cairo.

The shooting began at the church entrance just after Mass ended that morning, The Tablet reports, and dozens of children attending Sunday school were rushed upstairs out of range.

Reports on the casualties and number of attackers have varied, a BBC News report has said.

It has also been reported that the Gunman had an accomplice but were thwarted from entering the church by the quick closure of an iron entrance gate when the gunfire began. Police exchanged fire with them out front for about 15 minutes. The gunmen reportedly first attacked a Coptic-owned appliance shop, where two brothers were killed. One of the church attackers also had an explosive device, a machine gun and 150 rounds. Among the dead is also A Muslim policeman.

We pray for all those who have lost their loved ones.

370 thoughts on “A brave Christian mother sacrificed her life to save her two daughters during terrorist attack.”