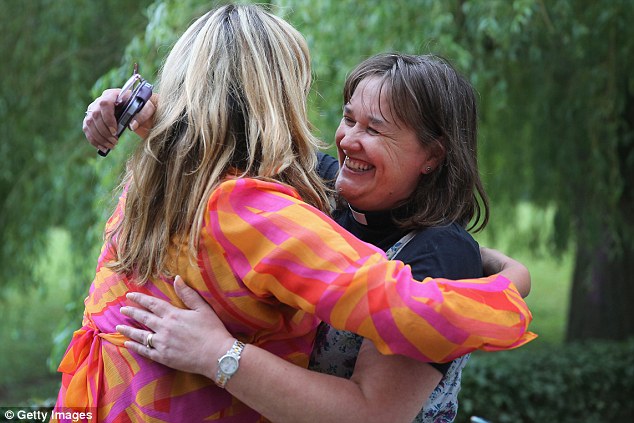 Lately it seems the world is going insane and some of the changes going on can not be ignored by the church and should be up for discussion. As a body of Christ, what are our thoughts on these matters going on especially considering that just the other day it was announced that the Lords Prayer would undergo changes before the year is over.  Well, the latest story involves some women who are on a quest to change the Lord’s prayer to perhaps read;

‘Our Mother who art in heaven:’ A Group of Church women want to refer to God as a ‘She’ to combat sexism.

It would appear that their reasoning is to do with sexism within the body of Christ. Personally, I do not know if I am convinced enough that this will help combat sexism in any way or shape, and further not only will it not help that conversation but it is not biblical and has to drive home questions as to the weight and basis of their faith.

Many have argued this group of women in the Church of England who want to start referring to God as ‘She’ to combat sexism is a case of political correctness gone mad.

Former Tory MP Ann Widdecombe, who left the Anglican Church following the decision to ordain women priests, called the proposal ‘plain silly’ and ‘the work of a few lunatics’.

But the women priests behind the idea argued that using ‘He’ suggests men are closer to God and called for the tables to be turned on sexism in the Church.

One of the supporters of the idea, the Rev Emma Percy, chaplain of Trinity College, Oxford, said the dominance of male language makes women feel that they are less holy. I am sorry to say I simply do not agree with her and I am a woman.

The chaplain, who is also a member of Watch (Women and the Church), the pressure group that helped win the argument for female bishops in the Church of England, said using the word ‘She’ for God would be more inclusive.”

However, the women’s argument still stands at Christianity emerging during the Roman empire and that translating to the ideology of King, Lord and Father as central to the Church, and they added: ‘If we continue to address our worship to an almost exclusively male God then we are failing God, because God is so much more than anybody can ever understand.’

So, while I agree that God is so much more than the human mind can comprehend, I have to wonder and question their need to make an assumption as to the preference of His sex by changing the bible’s narrative to suit human ideology?

Every word of God is tested; He is a shield to those who take refuge in Him. Do not add to His words Or He will reprove you, and you will be proved a liar.
What are your thoughts on this matter, please leave a comment and let us discuss.