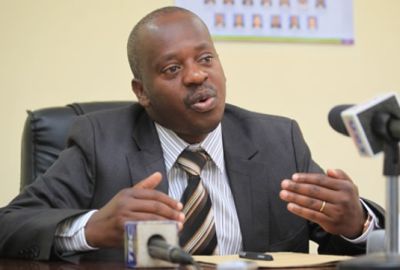 While the Trump administration was hit with a barrage of warnings that it stands to throw the Middle East into chaos if it recognises Jerusalem as Israel’s capital — which President Trump did in a Historic announcement the  move has garnered support among Israel’s allies in Africa.

In interviews with i24NEWS on Tuesday, parliamentary leaders from Tanzania and Ghana visiting Israel to celebrate their collaboration as part of the “Power Africa” initiative, expressed support for an American policy shift on the holy city.

Speaker of the National Assembly of Tanzania, Job Ndugai, began his interview by emphasising the importance of being in Jerusalem, where the Israeli parliament sits, and later expressed his outright support of Israel’s capital as an appropriate place for foreign embassies.

“It is a very commendable decision to move the American embassy from Tel Aviv to Jerusalem. I believe it will be followed suit by several African countries, Tanzania included, to move said quarters from Tel Aviv to Jerusalem, because we believe where the parliament is — I am a speaker of parliament — then the government should be there and embassies should be there too.”

When asked about the recognition of Jerusalem as Israel’s capital, the speaker of Ghana’s parliament Aaron Mike Oquaye also affirmed that country’s support for Israel on the issue, saying, “whatever Israel wants, we in Ghana will go by that, because that is essentially an internal decision.”

We will keep you updated on this matter!

233 thoughts on “African states say they will follow Trump in moving their embassies to Jerusalem!”