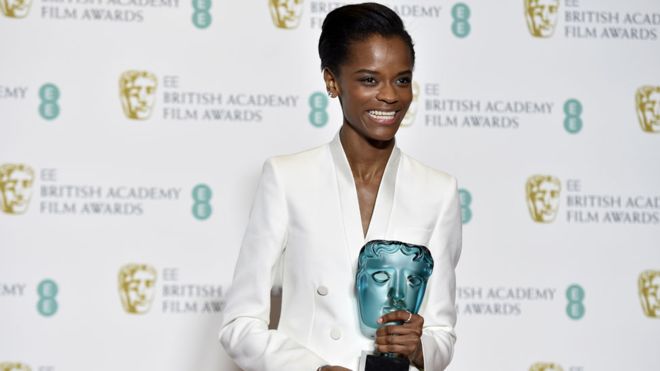 Letitia Wright revealed she almost gave up acting as she fought with Depression, but God.

Depression is described as a mood disorder causing a persistent feeling of sadness and loss of interest.

“A few years ago I saw myself in a deep state of depression and I literally wanted to quit acting,” Wight said.

Wright was speaking after winning the Bafta Rising Star Award on Sunday – the only one to be voted for by the public.

“The only thing that pulled me out of it was God, my belief, my faith and my family, and an email from Bafta asking me to become part of the Bafta Breakthrough Brits,” she said.

The actress was included on Bafta’s Breakthrough Brits list in 2015 and has since starred in Avengers: Infinity War and Black Mirror as well as Black Panther.

She continued: “This wasn’t an overnight thing, this wasn’t a click of a finger success, and I’m still a work in progress, but I want to thank God, my family, my team…

“I want to thank everybody who said yes to me, that gave me a chance, and just saw my talent and saw what God placed in me, and said ‘yes’.

“I just want to encourage you and God loves you. Just let your light shine.

Editors notes: Sometimes when going through major depression and are in need of severe depression help, we may find it hard to admit it and face the truth. However, never allow keeping up appearances to stop you from seeking therapy or treatment for depression. Talk to your family, pastor or look for reputable depression treatment clinics and most importantly don’t forget to pray as you seek this help. You are not alone!