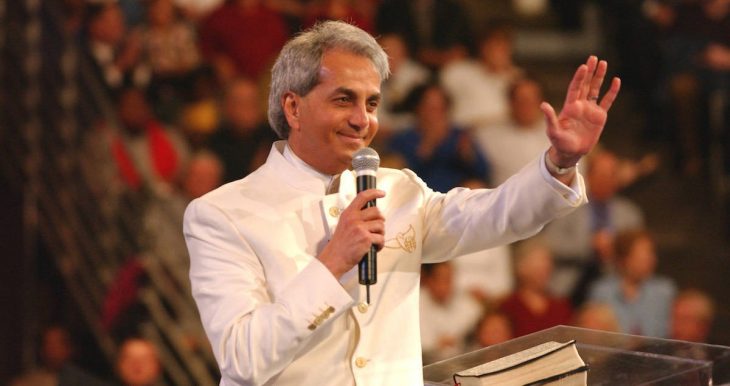 The death of renowned evangelist Billy Graham, has seen many preachers grow a conscious and almost sent something like a wake up call to many. If you watched the live Facebook broadcast by what others call a controversial faith-healing televangelist Benny Hinn, who also has more often than not been criticized for his endorsement and engagement with the prosperity gospel, said in a stunning confession on Wednesday that sometimes he has taken the erroneous gospel too far.

“We get attacked for preaching prosperity, well it’s in the Bible, but I think some have gone to the extreme with it sadly, and it’s not God’s word what is taught and I think I’m as guilty as others. Sometimes you go a little farther than you really need to go and then God brings you back to normality and reality,”

Benny Hinn, who is now 65, said as he was reflecting on the life of Billy Graham’s with a ministry colleague in a Facebook Live broadcast.

He also expressed courageously and commendably that as he has grown older and more spiritually aware when it comes to understanding the Bible, he now realizes that some of the things he learned from preachers when he was growing up aren’t biblical and the popular interpretation of the prosperity gospel — the teaching that believers have a right to the blessings of health and wealth and that they can obtain these blessings through positive confessions of faith and the “sowing of seeds” through the faithful payments of tithes and offerings — is one of those things.

“The more you know the Bible the more you become biblically based and more balanced in your opinions and your thoughts because we are influenced. When I was younger I was influenced by the preachers who taught whatever they taught. But as I’ve lived longer I’m thinking wait a minute, you know this doesn’t fit totally with the Bible and it doesn’t fit with the reality. So what is prosperity? No lack. I’ve said this before,” Hinn said.

He then elaborated on how he believes “no lack” should be interpreted.

“Did Elijah the prophet have a car? No. Did not even have a bicycle. He had no lack … Did Jesus drive a car or live in a mansion? No. He had no lack. How about the apostles? None lacked among them,” Hinn said. “Today, the idea is abundance and palatial homes and cars and bank accounts. The focus is wrong … It’s so wrong.”

He said even though he has been accused of living lavishly and flying private jets in the past ,that is not how he currently lives.

Did Billy Graham have an influence on your life, and if so how? Share with us in the comments section.

In other news: Here is a Powerful Testimony from Twin Brothers Tobi and Tomi.