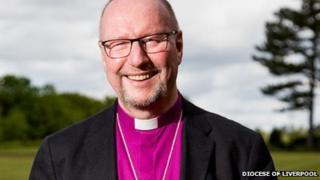 Bishop Bayes speaking to  The Guardian News  said that he did not think it “justifiable” for Belivers to support “a system that marginalises the poor”.

“Whenever people say those kinds of things, they need to be able to justify that they’re saying those things as Christians, and I do not believe it’s justifiable.”

He however also pointed out that he recognises that not all Evangelicals in the US were supporters of President Trump, stating “many, many Christians are trying to proclaim the gospel as we’ve received it, even if that means political leaders have to be challenged.”

But, he still stresses the fact that, “some quite significant so-called Evangelical leaders are uncritically supporting people in ways that imply they are colluding or playing down the seriousness of things which in other parts of their lives (they) would see as really important.”

Bishop Bayes is currently on a sabbatical until March but went on to say: “If people want to support right-wing populism anywhere in the world, they are free to do so. The question is, how are they going to relate that to their Christian faith?”

Let us know your views by leaving a comment.

633 thoughts on “Bishop of Liverpool says Evangelical support for President Trump is not justified!”