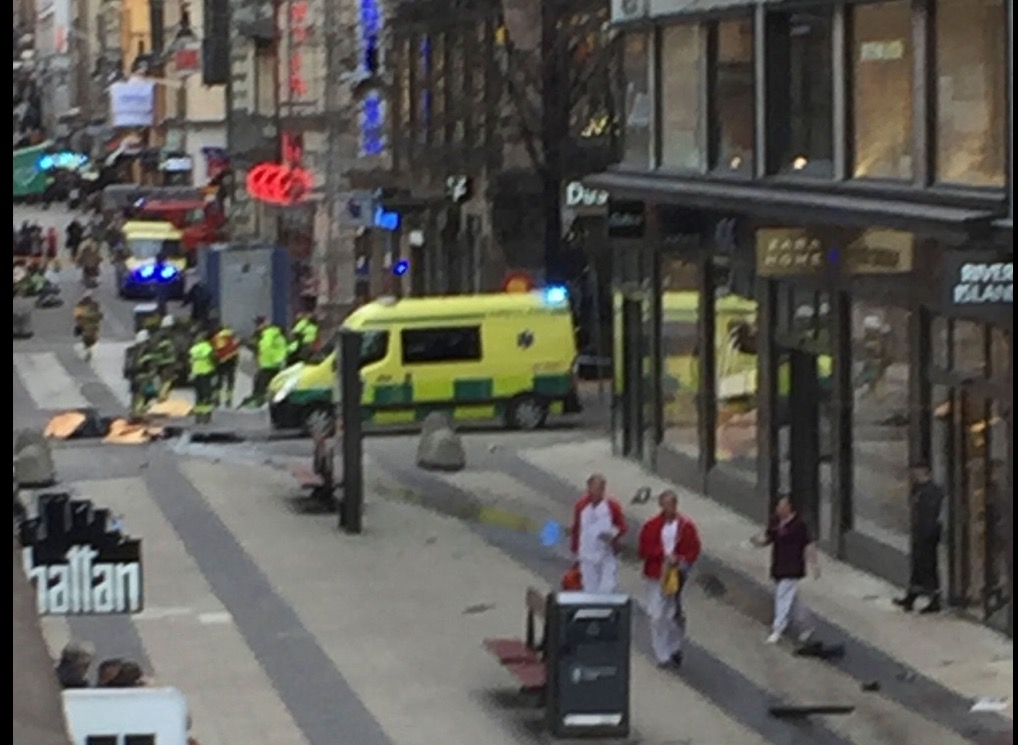 A Vehicle drove into pedestrians in Stockholm today. Police say two people have been killed. Swedish Broadcaster SVT have also reported that shots were fired in a second location about 20 minutes from the shopping centre.

Swedish radio are reporting that three people have been killed after the Truck drove into crowds in Drottninggatan, a main shopping street in Stockholm.