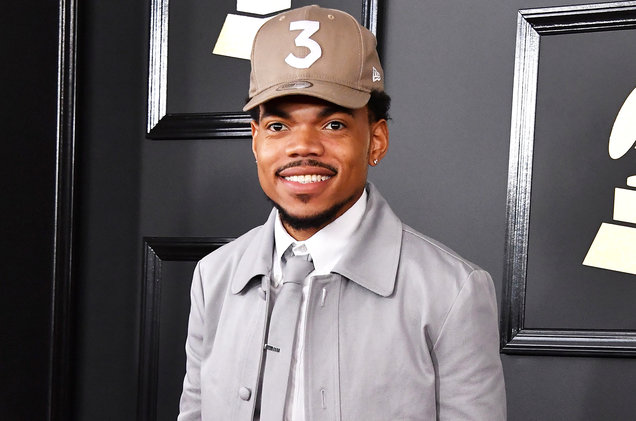 In a recent appearance on the “Ellen Degeneres Show”, Grammy Award-winning artist Chance the Rapper, whose real name is Chancelor Jonathan Bennett, declared that Jesus has inspired him to be a more generous person.

“My understanding of a lot of stuff is based on Jesus,” he said.

Aside from his music, Chance the Rapper is known for his philanthropic Work in the Chicago Public Schools system. In 2015, the rapper and some of his peers helped raise $100,000 for Chicago schools through the Get Schooled Program. Last summer, he wrote a $1 million check to his city’s Public School Foundation to help support the arts in the school system.

“Jesus teaches to care for your neighbor and care for people that aren’t necessarily your blood, but still a part of your body because we’re all humans,” he said. “That’s an impactful thing that I understood more as I got older.”

Chance also said his parents have been instrumental in teaching him to help others.

Not only is he generous, he is also very vocal about our faith and sharing it loudly in Hollywood, where it is usually frowned upon. Kanye West is one of the celebrities who in 2018 credited Chance the Rapper for reconnecting him with his faith in Jesus Christ, which is greatly impacting his family.

“You have to see and feel how happy I am and how strong my family is,” West tweeted. “We are even stronger because of this through the love and grace of God.”

“I need to speak about how Chance demanding that we record in Chicago reconnected me with my roots and also my faith in Jesus Christ,” he said. Over the summer, the two performers came together to create a joint album in a Chicago studio. According to xxlmag.com, Chance and West did not complete the album but apparently, their time together was an opportunity for Chance to share some of his faith with the controversial trailblazer enough to stir his faith back up.

Last year, Chance was on his own religious mission when he announced that he was leaving the country to “learn the Word of God,” acknowledging that while he was raised in a Christian home, he’s essentially “unfamiliar” with the Bible.

“I’m on a plane headed out the country on my first sabbatical,” the artist wrote in his Instagram post. “I’m going away to learn the Word of God which I am admittedly very unfamiliar with. I’ve been brought up by my family to know Christ, but I haven’t taken it upon myself to really just take a couple of days and read my Bible. We all quote scripture and tell each other what God likes and doesn’t like, but how much time do we spend as followers of Jesus to really just read and KNOW His Word. I’m definitely guilty of not devoting time to it.”

We pray for both Chance and Kanye. May they continue to be a shinning light to the nations.

146 thoughts on “Chance the Rapper tells Ellen DeGeneres that Jesus is the reason he gives.”