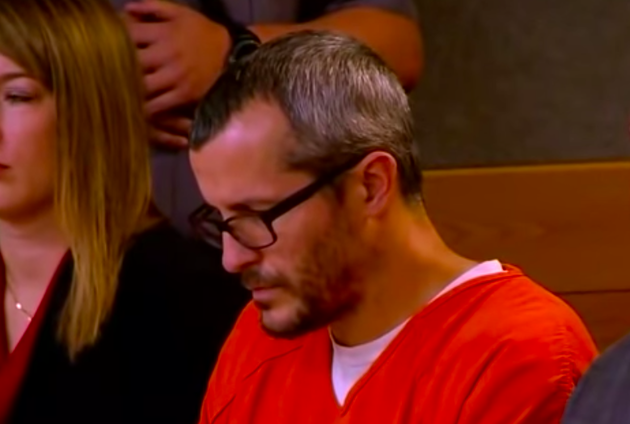 Three months after being sentenced for murdering his pregnant wife and two young daughters, Chris Watts finally sat down with investigators to answer questions they’ve long been asking: Just why would he commit such heinous acts, and how exactly did the events unfold on that tragic August morning?

The killer father told investigators last month that he strangled his pregnant wife Shanann when she confronted him about his affair with mistress Nichol Kessinger.

He also revealed that he had sex with his wife just hours before that, when she returned from a work trip to Arizona.

Watts now regrets his actions, and at one point comments on how things could have been, stating: ‘Right now I’d have a 5-year-old…a 3-year-old…and more than likely, a one-month old son…and a beautiful wife…and right now it’s just me.’

Surveillance video that was captured by his neighbor actually shows Watts appearing to walk one of his young daughters to the car that morning, just before he ended her life.

As the public waits with bated breath for the release of the tapes, Watts’s lawyers say the convicted killer is now “remorseful” and has “found God” — which is why he’s now willing to share.

“We don’t believe that he has been offered anything or that here is anything that could be given to him or traded,” one of his lawyers said in an exclusive interview with Dr. Phil. “So I think it is the jailhouse religion.”

The Colorado Bureau of Investigation (CBI) released audio tapes from the jailhouse interview on Thursday morning, which may finally fill in the gaps that have plagued investigators — and the nation — for nearly seven months.

Watts, who was sentenced November 19, 2018, is serving a life sentence without the possibility of parole. He was given an additional 48 years for the unlawful termination of Shanann’s pregnancy, as well as 36 years for crimes related to the disposal of all three bodies, according to CNN.

Shanann Watts’ parents and brother have reacted with shock and disgust to Chris Watts’ finally confessing to how he murdered her and their three children.

In an interview with Dr. Phil that will air on Monday, Sandra and Frank Rzucek were joined by their son to share their grief over the deaths of their daughter, her two children Bella and Cece, and her unborn son.

People all over social media are questioning his new found belief. What is your take on this matter? Share your thoughts in the comments.