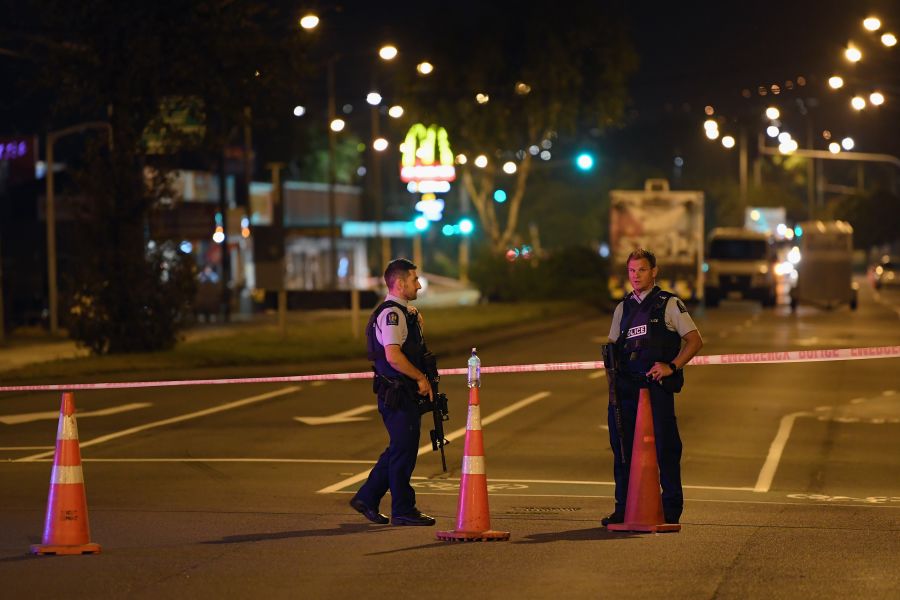 * A gunman walked into a mosque on Deans Ave, Christchurch carrying a semi-automatic weapon and opened fire. He live streamed the attack.

* A second shooting occurred at a mosque in Linwood.

* At least 49 people were dead as of 9pm – 41 at the Central Mosque, 7 at Linwood Mosque, 1 in Christchurch Hospital.

* 48 people are in hospital with gunshots wounds as of 9pm, including young children. Other injured went to medical centres.

* A 28-year-old man has been charged with murder and is due to appear in the Christchurch District Court on Saturday morning.

* He was arrested on Brougham St in a car which had explosives and guns inside.

* The shooter identified himself as 28-year-old, Australian-born Brenton Tarrant.

* None of the suspects were on any police or terror watchlists.

* Two others remain in custody. A fourth person arrested on Friday was not related to these events, police say.

* Christchurch Hospital had 12 operating theatres in use on Friday night. Some of the injured require multiple surgeries.

* Families have shown up at the hospital and at the Deans Ave cordon seeking news of families members.

* A missing people’s register has been set up at https://familylinks.icrc.org/new-zealand/en/Pages/Home.aspx

* This is the deadliest mass shooting on record in New Zealand.

* Witnesses have described the horror of their “brothers” being attacked.

Do you know more? Email us at admin@imachristianandimproud.com