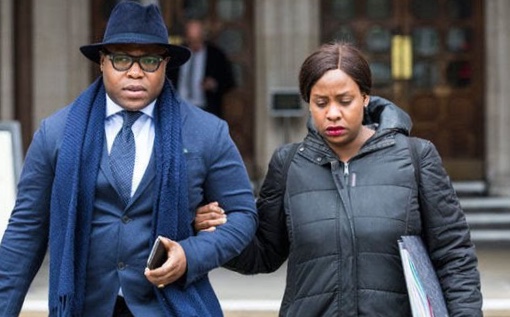 Isaiah Haastrup’s case is one that had been making its rounds in the British media until a sudden questionable silence. Lanre Haastrup the father of Isaiah was banned from from seeing his son in hospital and Lanre has outlined his fears after losing the latest round of a legal battle over treatment for 12-month-old Isaiah Haastrup.

Mr Haastrup said he was in the hands of bosses at King’s College Hospital in London, who have imposed a ban after raising concerns about his behaviour. But which parent wouldn’t fight for what they feel is best for their child especially if they believe it gives their child a chance at life?

In January, Isaiah’s mother, Takesha Thomas told a private trial: “I am a Pentecostal Christian.” emphasising on the importance of  her faith and why brain-damaged eleven-month-old Isaiah must die only  if God wills it and not because some doctors have decided.

“For me, I don’t think it is right to say who should live or who should die.”

“If God wants to take the person, He will.”

However, experts at King’s College Hospital in London says extending Isaiah’s treatment would be “futile, burdensome and not in his best interests”.

Isaiah’s parents had complained that a High Court judge was wrong to allow doctors to stop providing life-support treatment to their son and move to a palliative care regime.

But Lord Justice Patten, Lord Justice McFarlane and Lady Justice King, who had considered the case at a Court of Appeal hearing in London, said there was no basis for overturning Mr Justice MacDonald’s decision.

We can only pray for all those involved, the hospital staff, the judges, the little boy and his parents, who are hurting so dreadfully! Dear Lord, hold them, comfort them and guide them according to Your loving and merciful will!

78 thoughts on “Christian father banned from hospital fears he might not see son Isaiah again.”