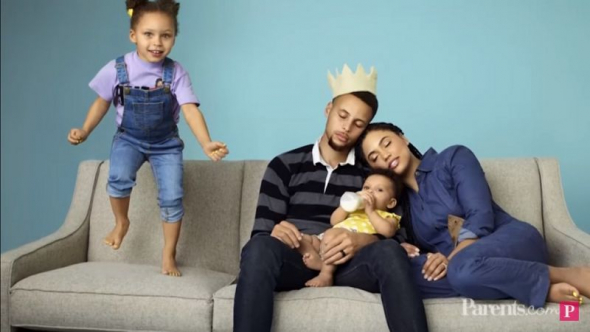 NBA’s Golden State Warriors player and unashamed Christian, Steph Curry’s and his wife, have on Saturday announced that they are expecting their third child.

Steph and Ayesha’s love story should serve as inspiration for many young people. In her cooking book she shares little stories and one of them is about how she and husband Steph met.

She says; before the NBA Golden State Warriors star point guard and Ayesha became parents to their first two children, Riley and Ryan, the couple met at a North Carolina church youth camp. Although they didn’t immediately start dating in high school, because they were focusing on God.

In an interview with Parents Magazine the NBA stars wife said she was not allowed to date in high school. Ayesha and Steph have now been married for 5 years and have shared that faith is a key ingredient to their marriage’s success.

We absolutely love the Curry’s and their unashamed attitude about their faith, where most celebrities would be. We pray for them and wish them Gods best as they prepare for baby number 3.