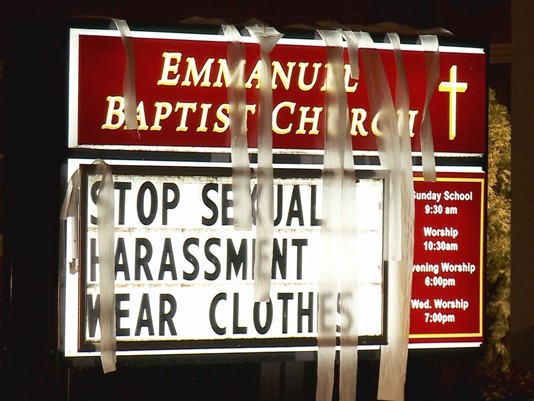 Many have argued that messages like these do not help victims, especially considering that we are dealing with so many sexual assault cases in this current moment. People are arguing that it was insensitive on the church’s part, and especially offensive to women and those who are victims of sexual harassment and assault, saying it places the blame on the victims instead of trying to solve the issue

“I mean, would you say that to a 6-year-old girl who has been assaulted when they wear overalls and pigtails,” Jeffersonville resident Madilyn Shipman said.

The message outside the church has now been removed by the pastor just after 9:30 p.m. The pastor told WHAS11 he was not aware as to who put the message up on the sign and said he did not give approval for the message. The sign has since been taken down.

134 thoughts on “Community is outraged at offensive church sign”