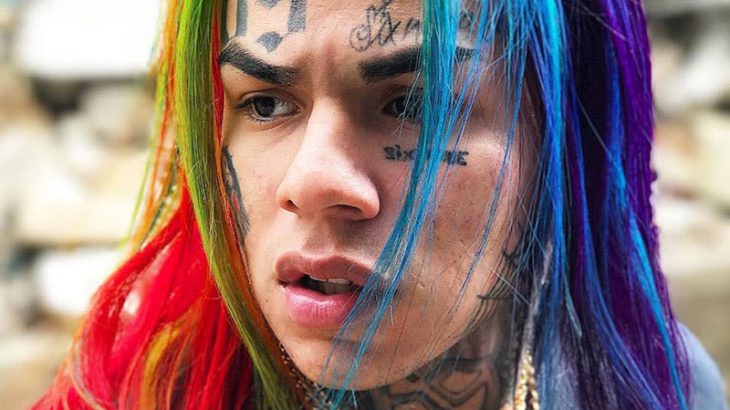 Controversial New York rapper Tekashi 6ix9ine attended a peace conference in a Brooklyn church earlier this week and gave his heart to Jesus Christ. During the conference, sergeants and police officers from different Brooklyn districts were invited on stage and one by one they all encouraged Tekashi to pursue peace and speak out against gun violence.

Known for his vulgar lyrics and his incessant bullying ways, 22-year-old rapper, born Daniel Hernandez, has made a name for himself in the mainstream music industry. From the hood in Bushwick, Brooklyn, Tekashi was forced to grow up quickly after his father was brutally murdered. He initially began drug slinging with his older brother and then ventured into music.

“I’ve performed around 100,000 people and I’ve never felt this type of nervous,” Tekashi said when asked to talk at the conference.

The young man could not get himself to say much else and just rocked back and forth during the service but noticeably took every word in and applauded most of what the bishop said to and about him.

There’s no telling whether or not this will be the beginning of a new road for Tekashi 6ix9ine but the seed has definitely been planted.

Let pray for Tekashi, that God will chnage him and cause him to be an example to many other young people.