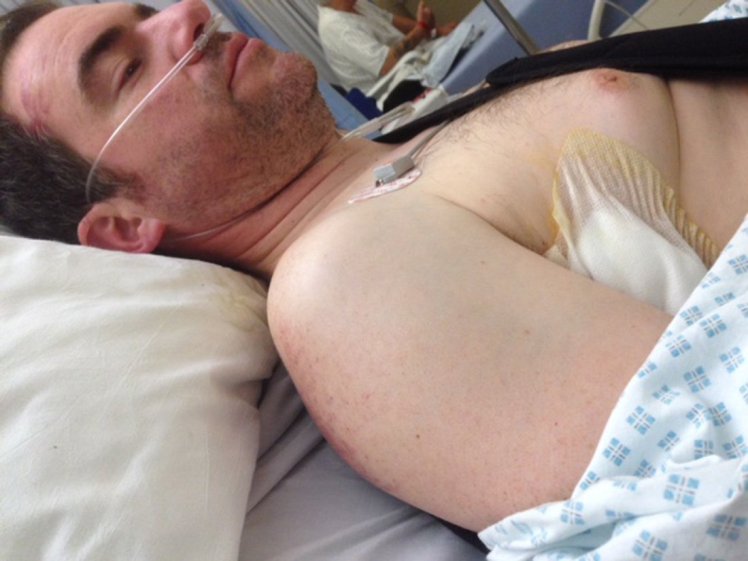 News
I'm a Christian and I'm Proud 169 Comments Dad who broke most of his bones after being run over twice now doing triathlons - How great is our God., imachristianandimproud.com

Mark Colwell is preparing to compete at the Bloodwise Blenheim Palace triathlon next month.

He’ll be swimming 750m in open water before cycling 19.8km and running 5.4km. And if that may sound extremely easy, he’s doing so after recovering from breaking almost every bone in his body. Not so much a walk in the park after all.

Mark was cycling from his home in Wedges Mills, Staffordshire, U.K  to his job as a senior engineer 20 miles away when he was hit from behind by a car and was then struck by a second vehicle which ran over his head. He was saved only by his helmet and rucksack which was stuffed with work clothes; he broke 21 bones, punctured both lungs and faced the prospect of never walking again.

‘I spent months in hospital and it took a long time to heal, but from the beginning, I was determined to push myself and took my first steps within three weeks,’ he shared. ‘Now, by doing a triathlon, I’m showing that you can do anything if you try hard enough.’

169 thoughts on “Dad who broke most of his bones after being run over twice now doing triathlons – How great is our God.”