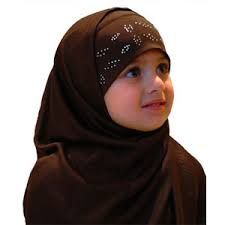 Click here Imachristianandimproud.com to find out more happening in the Christian faith.

A German mother has told the German newspaper Bild, that her daughter was terrorized by bullies; “My daughter was so massively bullied in her school by Muslim girls that we had to take her out of school for protection.”

According to CBN’s report, when she raised concerns with the school, the headmaster of the school in Frankfurt, German, told the mother she should dress her daughter in a hijab (Muslim head covering), so that Muslim students would stop bullying her daughter.

According to the mothers report, her daughter was being mocked and beaten up because, “She had blond hair, no headscarf, has a German-Hebrew name, and we are Christians.”

“My daughter had a nervous breakdown in fifth grade,” she further stated. “She had bruises and massive fear of going to school.”
The headmaster’s remedy was for the girl to wear a headscarf.
How would you handle such a huge concern? Please share in the comments section.

Click here Imachristianandimproud.com to find out more happening in the Christian faith and Uplifting Devotionals.

91 thoughts on “Dress Your Daughter In a Muslim Hijab If You want Her to Stop Getting Bullied, Says Headmaster to Christian Family.”