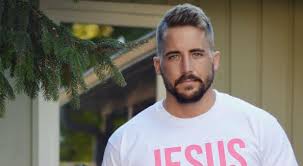 Evangelist Clayton Jennings is a travelling evangelist and has amassed an army of young followers in the faith.

Jennings has had rumors of alleged sexual misconduct surround his public persona from being accused of sleeping around with his followers. However, for a very long time Jennings chose to take the high road and to remain quiet. He did however address some of those alleged allegations, every now and again. Jennings, accepted that he was a flawed human-being and yes, had made mistakes in his past.

Jennings feels that even though he has owned up to his past mistakes, others won’t let it rest and instead use this as a means to attack his work and refuse to accept that he is a changed man. He accuses some Christian Media Houses for the part they have played in tarnishing his image and attacking his family.

Jennings feels that enough is enough and has taken to his Instagram to address some of the issues he is facing. He has posted several posts and videos of transparency tackling various issues head on, stating:

“To the voices of suicide, to the churches who bully gay kids, to the demons who took my friends, to the pills that sunk me, to everyone who will judge me for this pic while “sinning” themselves in secret,” This was in reference to his picture with his middle fingers gesturing ‘Fxxk you’, he continued,  “to everyone who ditched me but now is back trying to ride my coattails, to all the people who didn’t want to book me but now blow my phone up just to get my crowd, to the devil’s lies, to religion, to pulpit bullies, to religious hypocrisy,” He has accused a man named JD Hall, who he claims to be a pastor of bullying a child on line to suicide. He further states, “to the schools who teach kids everything except self worth, to the people who lied about me, to the bullies who push kids to slitting their writs, to diabetes and depression, to the cancer trying to kill Ava, to the people who abuse others, to diseases and anxiety, to the cult I grew up in, to every uneducated blog site that will use this pic of my face for clicks because you’re poor and obsessed with me, F**K YOU.” Jennings alleges that a site owned by Hall and a few other christian media houses have done nothing but attack him. He closes off by stating: “I’m in this for that kid who plays my poetry and puts down the razor after realizing God loves them even if people don’t. Let’s roll. 2 years, lots of lawyers, research and receipts that will burry people. You thought I forgot?? I told you to buckle up… I want alllll the smoke. How can you threaten a man who salivates at the thought of death? And you guys thought I was the next Billy Graham. No. I’m the first Clayton Jennings. Pride didn’t push me here, pain did. ⚰️🙏🏼 imma die before this is over.”

Jennings posts have gone viral within 19 hours of posting with over 25,000 likes on one post alone. Many have sided with Jennings stating that the church is full of hypocrites who only accept people when they are pretending to live a flawless life and neglect them when their flaws come out.

We will not join in the crucifixion of this man except to continue to pray for Evangelist Jennings and his family. We have seen the amazing work he does for the Kingdom. Let us learn to be forgiving, especially if the man claims he is no longer living in the sin of his past. We pray that Evangelist Jennings finds peace and healing and comes back stronger than before.

Do you think the church is guilty of putting people on a pedestal and then rejecting them when their true flawed nature is exposed? Let us know your thoughts in the comments!

95 thoughts on “Evangelist Clayton Jennings Says He is Giving the Church the Transparency It asked for!!”