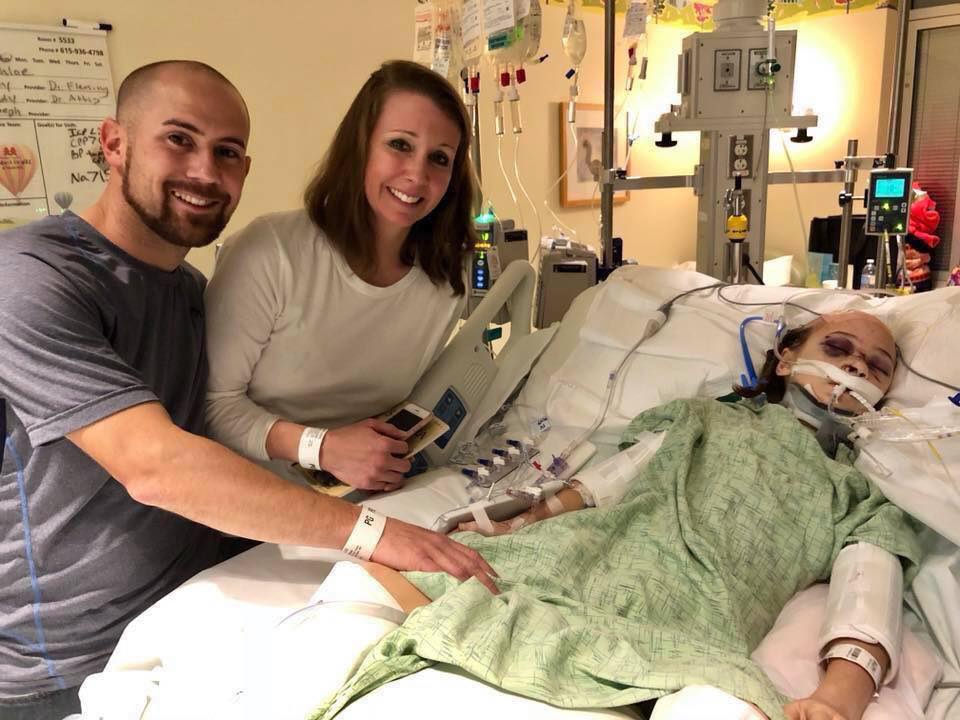 On Jan. 8th, Chloe was struck by a wooden beam at the construction site where her father is building a new home.  She and her younger sister had been playing near the house.

She suffered a severe concussion and later slipped into a coma and is now on life support. She has also been diagnosed with spinal meningitis.

A video her parents posted on Facebook about her condition went viral.  It has now been viewed by more than 700,000 people from around the world.

Chloe is making some progress but her family says to keep praying.

In a new video, her father Jared shared, “She is doing good.” She had a really, really good night. They said there were no spots or anything, she’s very stable, very calm. In fact, her numbers, they have all come down to even better looking.  She actually tried to open her eyes at one point and when they lay her on her side she tries to cough. That’s really good signs at this point.”

Lets continue to lift them up in prayer.

151 thoughts on “Family Urge More Prayers Whilst They Continue To Praise God For Chloe, Who Is On Life Support.”