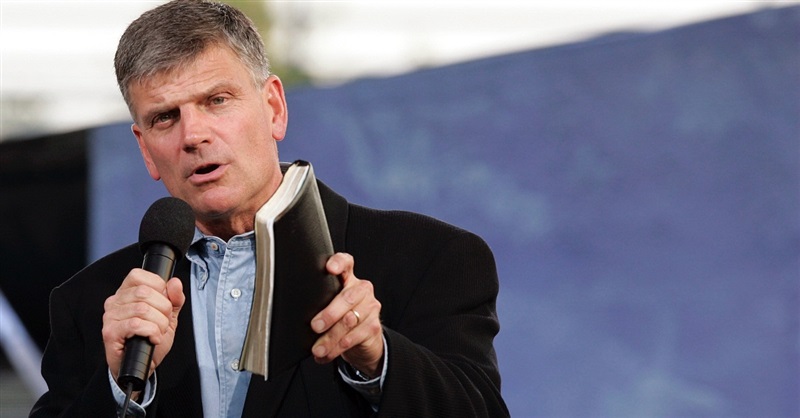 News
I'm a Christian and I'm Proud 59 Comments Franklin Graham Should Be Banned from the U.K Says Muslim Council, imachristianandimproud.com

The Muslim Council of Britain, along with three Members of Parliament, have said Franklin Graham should be denied a visa for his visit that is due, the Guardian  have reported.

‘In the past the government has banned individuals whom they claim are “not conducive to the public good”. Mr Graham’s remarks are on record and clearly demonstrate a hatred for Muslims and other minorities,’ The Muslim Council’s statement said.

Graham, the founder of the Samaritan’s Purse relief organisation and son of famed evangelist Billy Graham, is due to speak at a Christian festival in Blackpool later this month. Graham is deemed by some as a controversial figure who has allegedly “made inflammatory statements about Islam, calling it an ‘evil’ and ‘wicked‘ religion”.

The Muslim Council further argued in their statement:

‘We would expect the government to apply its criteria here. If it does not, it will send a clear message that it is not consistent in challenging all forms of bigotry.’

What are your thoughts? Let us know in the comments section!

Find Out How One Christian Mom Turned a Simple Idea Into An Income Generating Business.

59 thoughts on “Franklin Graham Should Be Banned from the U.K Says Muslim Council”