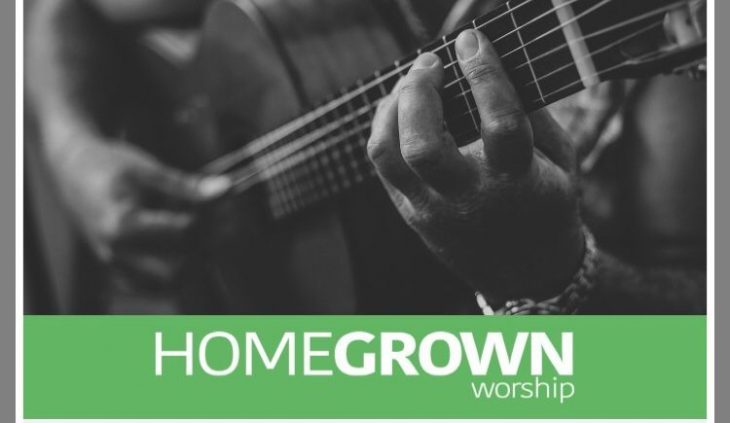 Anyone who dares suggest that all worship music sounds alike should turn their speakers up to 11 and blast out the praise-party that is Matthew Lunders’ debut track.

We Enter is a lively, glittering song with a swaggering rhythm section that exuberantly dances over the lines between hot disco, grooving funk and effortless pop. Not only is this the kind of song that you’d find yourself hitting the ‘Repeat’ button for, it’s also the sort of jam that would have you spontaneously jiving around your churches in an unapologetic celebratory manner.

Not only does Matthew have an ear for great melodies, but he possesses the ability to pull out biblical themes and inspirations from his own journey in a unique and creative way.

Be sure to keep your ear to the ground for more inspirational tracks from this American pastor residing in the Netherlands. Though if this track is anything to go by, you won’t have to listen very hard – it’ll grab you in an instant!

So, who is Matthew Lunders?

Matthew was exposed to Jesus and to performing music almost as soon as he had memories, but neither really clicked for him until the age of 15. After finally saying “Yes” to Jesus at a church youth meeting, he started picking up his older brother’s acoustic guitar to strum worship songs at home. He soon upgraded to his own electric guitar – with no amplifier – so he could play as loud as he wanted without bothering anyone in the house. Before long, Matthew started putting new music to Psalms, and eventually writing his own lyrics.

God has taken both Matthew and his music a long way since he sat as a teenager in his bedroom with an old-school tape recorder, trying to get his songs on cassettes. His missions travels in the Caribbean, Africa, and Asia have all influenced his approach to congregational music. For the last decade, Matthew has been working on church staff in the Netherlands. His focus in songwriting is crafting tunes that connect with God’s vision for the local church.

Along with having support from his church family, Matthew also gets great encouragement from his wife and two boys.

What’s the story behind ‘We Enter’?

I’m learning more and more that God’s kingdom is not a party of one.

The early songwriting of my teens and twenties mostly used the pronouns “I” and “me.” (And those songs are still precious to me.) But now, as the pastor of a very multicultural church, my lyrical trend has changed to “we” and “us.”

In the one biblical account of Jesus singing, He is in a group. The prayers of Jesus use lots of we/us/our language. His parables are rich with themes of celebration, unity, and God’s presence: God is repeatedly pictured as a joyful character – whether a king or a shepherd or a woman or a father or a groom or a businessman – who wants to get people together to celebrate. And we are given good reason to believe that God throws good parties.

We Enter is unabashedly a happy song thanking God for making it possible for all of us to have freedom to worship. Our rejoicing was His idea and His desire. God set out the welcome mat for us.

That’s something worth getting friends together to celebrate!