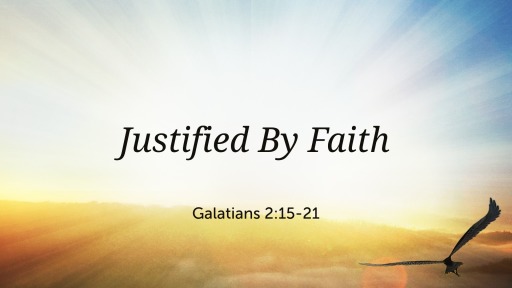 The New Covenant is a dispensation of grace for we no longer walk by the works of the law (Ephesians 3:2; Galatians 2:16). Under the Old Covenant, a person would receive based on their works, which would constitute a wage but in the New Covenant we are justified by the gift of grace (Romans 4:4, 16; 5:1-2). In Christ we have received the gift of grace and the gift of righteousness by which we will reign in life through Him (Romans 5:17). It is the desire of God that in this age and in the ages to come that He could show the exceeding riches of His grace in His kindness towards us in Christ Jesus (Ephesians 2:7).

In the Old Testament, grace (Hebrew chen) means favour and all those who have the grace upon them prosper in every situation that they are in. The grace of God upon Joseph caused him to prosper in Potiphar’s house where he served as a slave and in prison (Genesis 39:4, 21). In both situations, he reached to be the head and in charge of everything under his hand. Subsequently, he became ruler over all of Egypt under Pharaoh. Daniel also had the operation of grace upon his life and also ended up being in charge of a whole empire under King Nebuchadnezzar (Daniel 1:9; 2:48). No poverty, slavery, destitution, financial loss, natural or social or political or economic disaster can withstand against the power of the grace of God. It is a tangible and powerful force that attracts blessings upon blessings upon your life. This does not mean that there won’t be challenges but it means that by the grace of God you will triumph over them gloriously.

In the New Testament, grace (Greek charis) continues to have the same power but it has a new manifestation. Grace is not merely favour alone; it also is a spiritual substance which imparts strength, abilities and gifting. It was the grace of God that enabled Peter to be an apostle to the Jews and Paul an apostle to the Gentiles (Galatians 2:8, 9). All the fivefold ministries are impartations of His grace (Ephesians 4:7-11). All the gifts of the Holy Spirit are the result of the substance of grace imparted (Romans 12:6).

The word gift comes from the Greek word charisma which could, in a sense,have been translated as ‘gracelets’ – a manifestation of His grace. When Paul was weak and especially needed the strength of God, he was shown that what he needed was the grace of God. God told him, “My grace is sufficient for you, for My strength is made perfect in weakness (2 Corinthians 12:9). Note that My grace and My strength are directly connected and related. Grace is the strength of God in us. Timothy was told to be strong in the grace of God (2 Timothy 2:1).

The word be strong comes from the Greek word endunamou which literally means be inwardly strengthened in the grace of God. Indeed, this revelation was clearly understood by Paul when he declared, “By the grace of God, I am what I am, and His grace toward me was not in vain; but I laboured more abundantly than they all, yet not I, but the grace of God which was with me.” It was the grace of God which made Paul who he was! Everything he did (I laboured more abundantly) was God’s grace working out through him! The measure of grace that we received in Christ can continue to be increased and multiplied through the knowledge of Christ (2 Peter 1:2). We can grow in the grace of God (2 Peter 3:17). We grow from one level of grace to another. We receive of the fullness of Jesus; we receive grace upon grace (John 1:16). Literally from the Greek, it is grace on top of grace (charin anti charitos – John 1:16). Whenever, we are in a situation where we feel that we are out of strength or are unable to cope, we need to draw near to the Throne of grace that we may obtain mercy and find grace to help in time of need (Hebrews 4:16).

Dr Clement is a Husband to Nancy and is blessed with three children. A Chartered Accountant with a Masters in Business Consulting from Cambridge University. A prolific Teacher of the word, Founder of Powerhouse International Church, Author of 296 books and A successful business man in the Mining Industry.