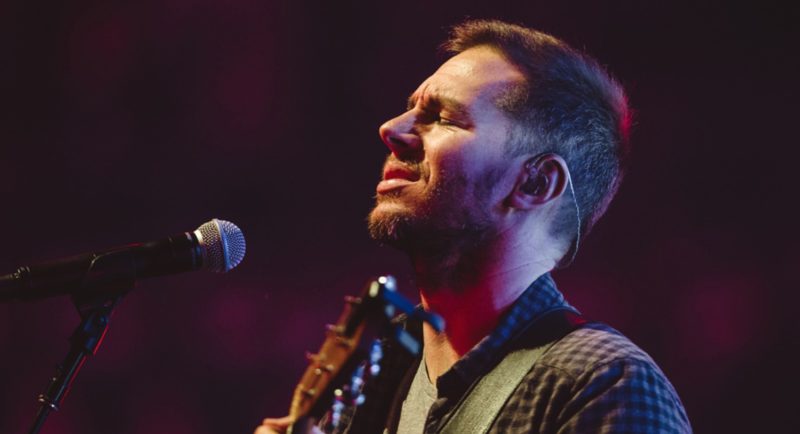 Hillsong worship leader Marty Sampson has spent the last week addressing his Instagram post, pertaining to his profound doubt and uncertainty about the faith. Many have said had he privately confronted his doubts, there most likely wouldn’t have been the backlash he is facing. Many, have said that the reason his post has caused controversy, is because he has decided to broadcast this new spiritual journey on Instagram.

However, despite sounding frustrated and seeming to take issue with some of the responses he has received, like his reaction to John Cooper of Skillet after Cooper addressed Sampson and how he had handled his “doubts”. Sampson has penned another, distinctively more positive Instagram post, this time calling upon Christians to “love each other.”

In his latest letter/post, the “Elohim” writer urged his followers: “do good to those who persecute you.”

“We are all human, all cut from the same cloth,” he said. “I know Christians don’t agree, on many different doctrines, but we can all love.”

Over the past week, Sampson added, he has been reminded of the “goodness of Christians.”

“The kindness that has been shown to me has been overwhelming,” he wrote. “I see it, I hear it, and I feel it.”

The Hillsong songwriter, who has been posting quotes from varying philosophers and apologists, previously asserted that his posts were nothing more than a personal exploration of some long-standing doubts.

Sampson has since retracted his statement,following the unapologetic response from Cooper and has since instead posted another Instagram post simply captioned as: “@johnlcooper I changed my mind. Love you bro.”

In his now-viral post, Cooper questioned the whole idea of “being real,” on social media, especially if it is going to risk causing others to lose their faith

“Why do people act like “being real” covers a multitude of sins?” Cooper asked. “As if someone is courageous simply for sharing virally every thought or dark place. That’s not courageous. It’s cavalier. Have they considered the ramifications?”

Sampson has now toned down his posts and insists that he “never wanted to make anyone doubt their own faith, nor convince them to take another path.”