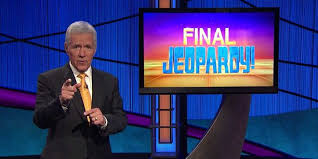 Two days after Alex Trebek announced he has stage 4 pancreatic cancer, Jeopardy! is thanking fans for kind messages about the 78-year-old host.

The official Jeopardy! Twitter account shared their appreciation, saying, “The outpouring of good wishes and support in response to Alex’s recent health news has been humbling and overwhelming.”

Trebek said he has been diagnosed with advanced pancreatic cancer but intends to fight the disease and keep on working. In a video posted online Wednesday, the 78-year-old said he was announcing his illness directly to “Jeopardy!” fans in keeping with his long-time policy of being “open and transparent.”

He’s among 50,000 other American who receive such a diagnosis each year, Trebek said. Normally, the “prognosis for this is not very encouraging, but I’m going to fight this, and I’m going to keep working.”

Trebek said he plans to beat the disease’s low survival rate with the love and support of family and friends and with prayers from viewers.

He lightened the difficult message with humor: He said he must beat the odds because his “Jeopardy!” contract requires he host the quiz show for three more years.

“So help me. Keep the faith and we’ll win. We’ll get it done,” he said, his voice calm and steady.

Trebek, a native of Sudbury, Ontario, Canada, has been the host of the syndicated quiz show since 1984. He and his wife, Jean Currivan, have two children.

Trebek  is also asking us all to join him in faith and pray for his recovery.

We wish him well and pray for him and his family.

136 thoughts on “‘Jeopardy!’ Host Alex Trebek Asking for Our Prayers as he Announced Stage 4 Pancreatic Cancer”