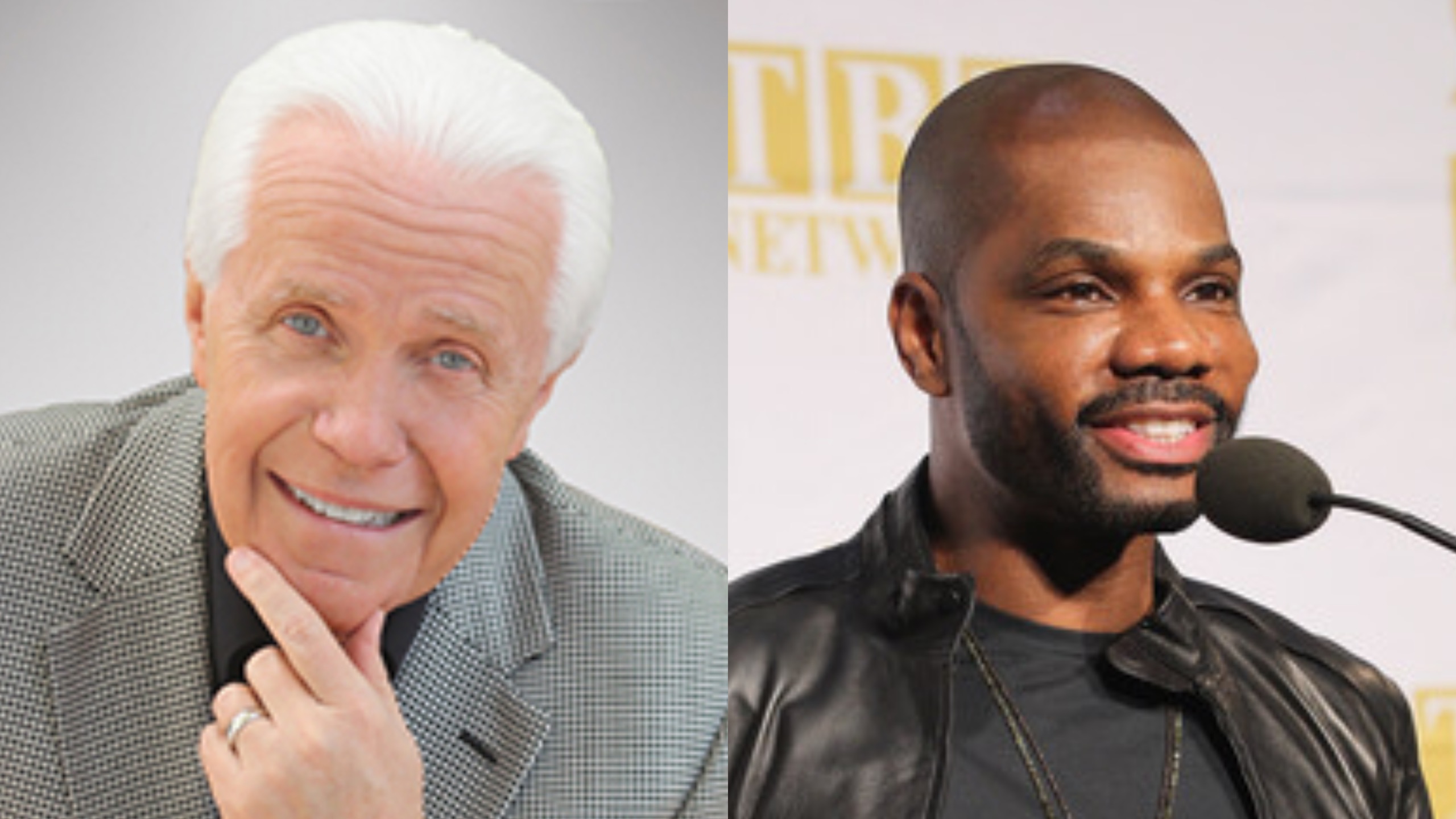 Jesse Duplantis has been tending the past 24 hours because people say they are simply tired of some Men of the cloth who fleece their sheep. Jesse Duplantis recently asked his followers to ‘consider becoming a partner’ of his ministry to apparently help him acquire his fourth private plane for $54 Million dollars.

It appears this is not going down well with man as twits about this issue trended. The outrage from the many was very clear and similar to that which Creflo Dollar also experienced. A response that seems to be going viral and resonating with many came from Gospel Singer Kirk Franklink who has said; 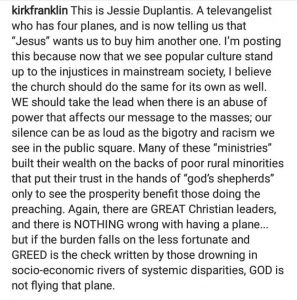 This is Jessie Duplantis. A televangelist who has four planes, and is now telling us that “Jesus” wants us to buy him another one. I’m posting this because now that we see popular culture stand  up to the injustices in mainstream society, I believe the church should do the same for its own as well.

WE should take the lead when there is an abuse of power that affects our message to the masses; our silence can be as loud as the bigotry and racism we see in the public square….

The rest of his response is attached in this screengrab image attached to the left.

In other news……Click here to read more. 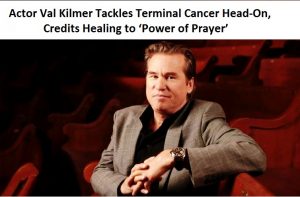 184 thoughts on “Jesse Duplantis requests ‘Well Wishers’ his Congregation to Purchase another Private Plane and Kirk Franklin Calls him out.”