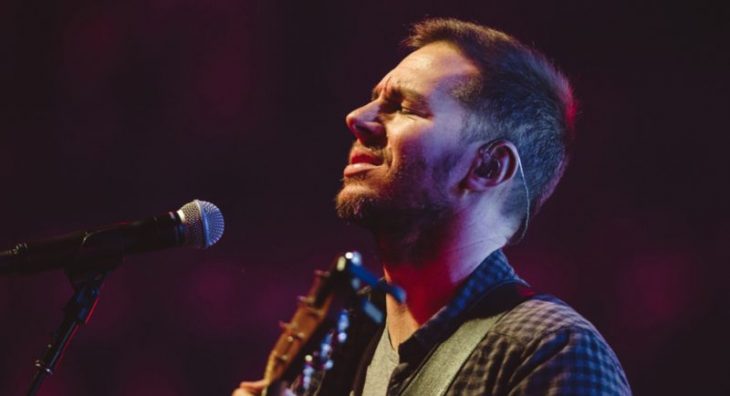 Former Hillsong worship leader Marty Sampson has fired back at the front-man of the Christian rock band Skillet after Cooper wrote a viral Facebook post called “What in God’s Name Is Happening in Christianity?”

To bring you in the know, earlier this week, Sampson wrote a now-deleted Instagram post in which he explained, “I’m genuinely losing my faith, and it doesn’t bother me. Like, what bothers me now is nothing. I am so happy now, so at peace with the world. It’s crazy.” After so much backlash, he later clarified that he hasn’t “renounced” his faith, but admitted that “it’s on incredibly shaky ground.”

Cooper, front-man of skillet has boldly stood up for the faith and said what many have been thinking in their homes. In part of his viral post, it read: “Ok I’m saying it. Because it’s too important not to. What is happening in Christianity? More and more of our outspoken leaders or influencers who were once “faces” of the faith are falling away. And at the same time they are being very vocal and bold about it. Shockingly they still want to influence others (for what purpose?) as they announce that they are leaving the faith. I’ll state my conclusion, then I’ll state some rebuttals to statements I’ve read by some of them.” It was quite a lengthy post which you can read here!

Hillsong’s Sampson has responded to Cooper in a post that has now been deleted, stating: “What right have you to put words in my mouth?” Sampson carried on addressing Cooper in yet another Instagram post. “I wouldn’t presume to put words in yours. To think that I am trying to influence others, without even asking me if that is my intention is offensive. ”

Coopers post must have hit hard, as it didn’t mince words. “It is time for the church to rediscover the preeminence of the Word. And to value the teaching of the Word,” the Christian rocker implored. “We need to value truth over feeling. Truth over emotion. And what we are seeing now is the result of the church raising up influencers who did not supremely value truth who have led a generation who also do not believe in the supremacy of truth. And now those disavowed leaders are proudly still leading and influencing boldly AWAY from the truth.”

Coopers post seemed to aggravate Sampson because he further wrote. “Do I need this kind of criticism in an honest examination of what I believe from complete strangers?” the songwriter asked. “I have never even met you, yet you presume to know me or people like me?”

Sampson added that he “only ever posted about this to explain to people (4K followers on insta I may add) where I was at in an honest and genuine way.” It was “not to influence them and their beliefs,” the Hillsong writer added. “Not to draw attention to myself. Not to have a voice.”

Let us know your thoughts about this whole issue in the comments section!