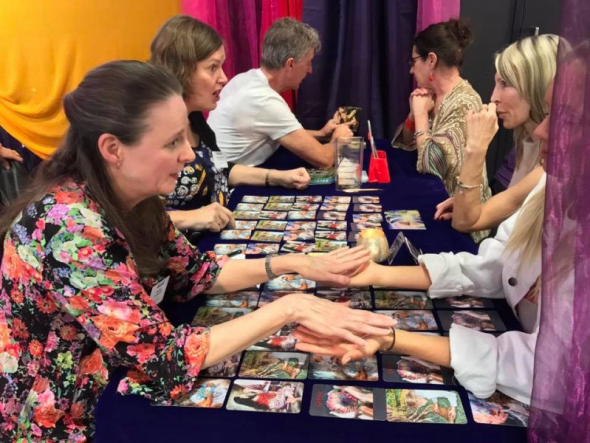 News
I'm a Christian and I'm Proud 78 Comments i'm proud to be a christian, IM A CHRISTIAN, imachristianandimproud

Bethel Church, a 9000 member mega church has allegedly been accused of practising the occult. Many within the Christian faith circles have accused Bethel Church of allegedly practising New Age occultism in the use of “Destiny Cards,” which are likened to tarot cards which are used for Divination.

Divination for those who don’t know is the attempt to gain insight into a question or situation by way of an occultist standardised process or ritual. From ages before us, some people have utilised divination to gain knowledge of the future or as a way to make money. In current times those who claim supernatural insight such as fortune tellers; read palms, tarot cards, star charts, and more.

But what does the word of God actually tells us of divination? In the book of  Deuteronomy 18:10 it reads: “There shall not be found among you . . . anyone who practices divination or tells fortunes or interprets omens.” 1 Samuel 15:23 likens rebellion to the “sin of divination.”

Christian Post also have reported this story further stating that Leaders of Bethel Church are accused of working with a Melbourne, Australia-based group known as Christ Alignment, they are a group that claims to have worked with many churches to do readings. Christ Alignment staff describe themselves as “trained spiritual consultants,” and say on their website that they “draw from the same divine energy of the Christ spirit.”

“We practice a form of supernatural healing that flows from the universal presence of the Christ. We draw from the same divine energy of the Christ spirit, as ancient followers did and operate only out of the third heaven realm to gain insight and revelation,” they say.

Do you believe this is biblical? Let us know your views!