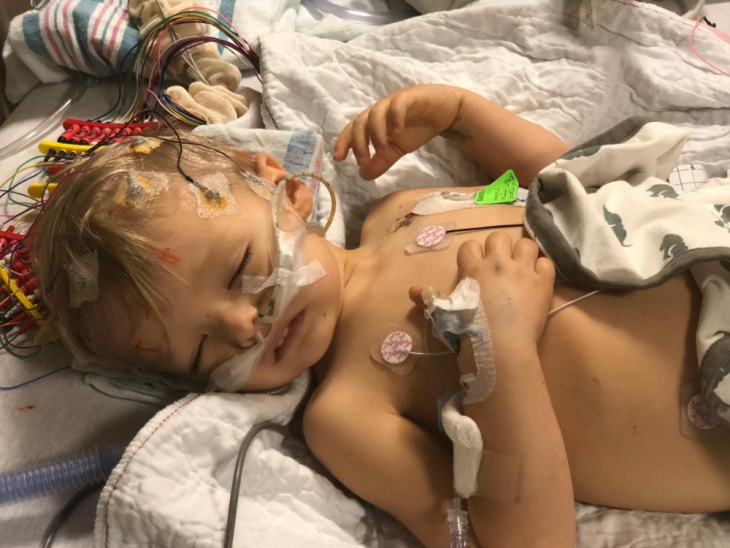 Thank you for covering Jaxon and the Taylor family with your prayers and support!

Jaxon is in the middle of a miracle, fighting for his life.  Let us continue to stand in faith with the Taylors in their time of need. Jaxon, we declare LIFE, WHOLENESS, and HEALING to you. Thank you Jesus that you are Healer and always good.

Below is a summary of Jaxon’s situation:

On Thursday December 21st, Jaxon (age 2) was admitted to the hospital with severe dehydration. Multiple IV attempts were made, but failed. The cause of his condition was unknown, and his kidney’s were having issues functioning properly.

Jaxon was flown to UC Davis for further testing and to be in the hands of specialists. He was treated immediately, and further testing began, although drawing blood remained extremely difficult due to bruised veins. Testing revealed he has HUS (hemolytic-uremic syndrome), but the cause of this infection remains unknown.

On Christmas Day, Jason underwent a blood transfusion, and made a hopeful turn for the good, topped off by a special visit from precious friends and family. His complexion brightened, and he was able to eat food for the first time in a week.

However in the hours that followed, Jaxon experienced more complications, his body rejected more food, and he began experiencing anxiety levels that concerned doctors. He was moved back into ICU, put on oxygen, and is currently being closely monitored and undergoing dialysis daily.

Please pray specifically for: Jaxon’s kidney’s to begin functioning, for his neurological state to stabilize with no brain damage, for fluid in his lungs to drain and his breathing to steady, that his body would urinate, and for seizures and vomiting to stop.
. . . . .

Joel recently shared this about his son:

“THIS is Jaxon. He’s strong and full of life. He’s happy, joyful, peaceful and beautiful in every way. His name means “God has shown favor”. This boy has a heroic call and destiny over his life and the enemy knows it. But no weapon formed against him will prosper because he is a child of the living God. Pastor Bill reminded us that “bold faith stands on the shoulders of quiet trust”. So we trust in our God and through His unfailing love, we will not be shaken. Jaxon, you’re in the middle of a miracle. Pastor Kris told us that God isn’t the light at the end of the tunnel, he’s the light IN the tunnel. Bill also reminded us, “In the valley of the shadow of death, remember it’s only a shadow.” So we say YES and AMEN to God finishing His good work.”