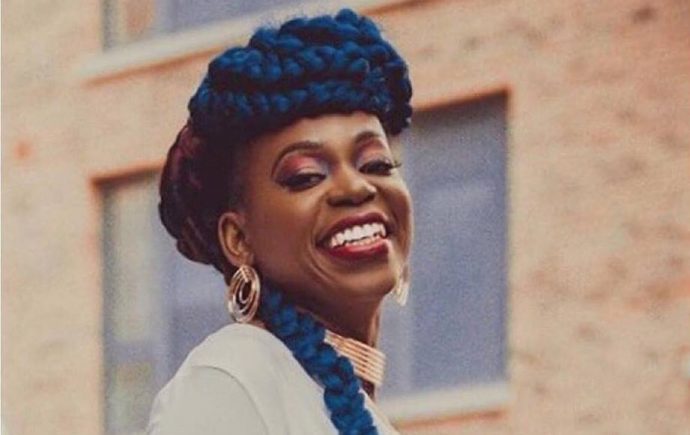 Following the success of her MOBO nominated debut album ‘Walk With Me’, which was unveiled at London’s
606 Jazz Club in 2016 and two sold out gigs at the Hard Rock Cafe in 2017, Gospel singer Sarah Téibo returns with another live music event at the PizzaExpress Live Holborn.Teibo who previously performed alongside Grammy Award winning artist Charles Jenkins and co-headlined a concert with Stellar Award nominee Lisa McClendon, will be unveiling her sophomore album aptly titled ‘Keep Walking’ with performances of songs from the new project.
This album draws from the Motown influences and is infused with the memorable 90’s RnB flavour she listened to growing up.

It features songs which not only showcase her dexterous song writing ability, but are also reminiscent of her personal life experiences which she believes her listeners can relate to. Accompanied by a live band, you can expect an energetic show with inspirational Gospel music blended with soulful RnB flavours and a touch of jazz thrown into the mix. ”Sarah Téibo’s Hard Rock Cafe show wasn’t the 2016 show but five months later. It showed that she’s constantly evolving and creating. For anyone who went to both shows as we did, there was enough to relish. And to be honest, even if it was exactly the same, we wouldn’t have complained too much. That woman is so talented she could sing the phone book and still win over audiences. We were reminded of that once again last night and the fact that it took place in a historic venue was just the icing on the cake for us.’’
– The Sound Doctrine.
Date: Friday 29th June 2018 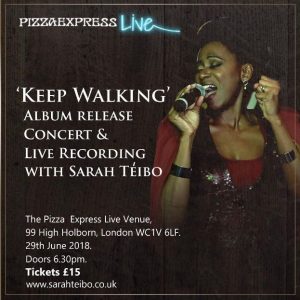