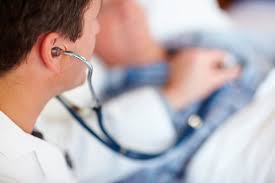 The NHS is to stop giving patients travel vaccinations, gluten-free foods and some drugs that can be bought over the counter in an attempt to rescue its ailing finances. The chief executive of NHS England Stevens, has announced the changes in an interview with the Daily Mail in which he has detailed new efforts to get better value for money so that money saved could instead be spent on promising therapies that have recently been developed.

Under the new rules, doctors will be banned from “routinely” prescribing items that are cheaply available in high street chemists. Sufferers of Coeliac disease will be forced to buy their own gluten-free food, and patients will also be denied free travel vaccinations. Mr Stevens is also pledging to crack down on the expense of treating patients from the European Union by recuperating the cost from visitors’ home countries, as well as cutting the cost of employing expensive locum doctors.

NHS Clinical Commissioners, which represents England’s 209 NHS clinical commissioning groups (CCGs) – the GP-led bodies which hold health budgets locally – has asked NHS England to look into whether these 10 items are a good use of scarce cash when the NHS is undergoing the tightest budgetary squeeze in its 69-year history.

‘Low value’ medicines on the list and their annual cost to the NHS:

Doctors have said the idea should help the NHS to prioritise spending but they called for safeguards to protect vulnerable groups. As Prof Helen Stokes-Lampard, chair of the Royal College of General Practitioners, said: “We do welcome these proposals but cautiously. I think a blanket ban might well introduce some unfair problems.”

What are your thoughts about these new cuts, do they affect you? Let us know.

57 thoughts on “No more Pain Killers on the NHS”