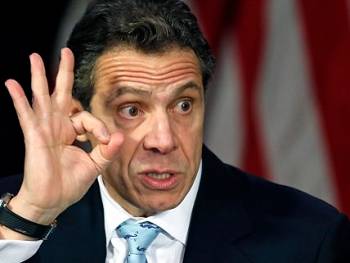 New York Gov. Andrew Cuomo’s faith is being questioned after he signed a shocking bill into law that legalizes abortion up to birth for any reason.

Section 2 of the controversial Reproductive Health Act states that “an abortion May be performed by a licensed, certified, or authorized practitioner within 24 weeks from the commencement of pregnancy, or there is an absence of fetal viability, or at any time when necessary to protect a patient’s life or health.”

Many people have found this new legislation shocking including some feminists views online that recognise that rather than empowerment, this is a step back for women’s rights. Many people took to social media to voice their disapproval and even going to the extent of alleging that; this is the new legal way to harvest organs.

Many Christian Church Leaders too to social media to voice their concerns. The New York State Catholic Conference went further to say in a statement after the vote on Tuesday, that it was a tragic chapter in the state’s history.

“Many of the state Senators and Assembly Members who voted for this abortion expansion are mothers themselves, who felt their child toss, turn and kick in their womb, and delighted in the progress of their pregnancy. Many others, as well as our governor, are fathers, who held their partner’s hand as they viewed the ultrasound videos, watched their child squirm and rejoiced at the first sound of a heartbeat. Many of these same officials were themselves born into less-than-perfect conditions – poverty, health problems, disabilities, broken families. All overcame these issues to rise to leadership in our state, because their parents chose life for them,”.

What are you thoughts and views on this matter please share with us in the comments section.