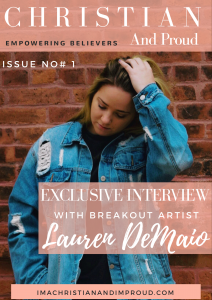 Many are calling the supposed “apology” Behar gave, half baked and void. Many have called for her to come out and apologize including Vice President Pence.

Behar finally reached out to VP Pence and issued an apology. The VP told Fox News’ Sean Hannity on Monday, that he urged Behar to apologize to “tens of millions of Americans who were equally offended” during the conversation.

Due to Behar’s recent comments, the Media Research Center have launch a campaign to hold Behar accountable for spewing “anti-Christian bigotry” after she said that communicating with Jesus is a “mental illness” during a Feb. 13 episode of “The View.”

VP Pence said he has forgiven Behar, but still encourages her to publicly apologize.

“I’m still encouraging her, to use the forum of that program or some other public forum, to apologize to tens of millions of Americans who were equally offended,” he said.

He saif to Fox’s Hannity, “You and I know that criticism comes with public life,” Pence added. “But, I felt it was important that I defend the faith of tens of millions of Americans against that kind of slander.”