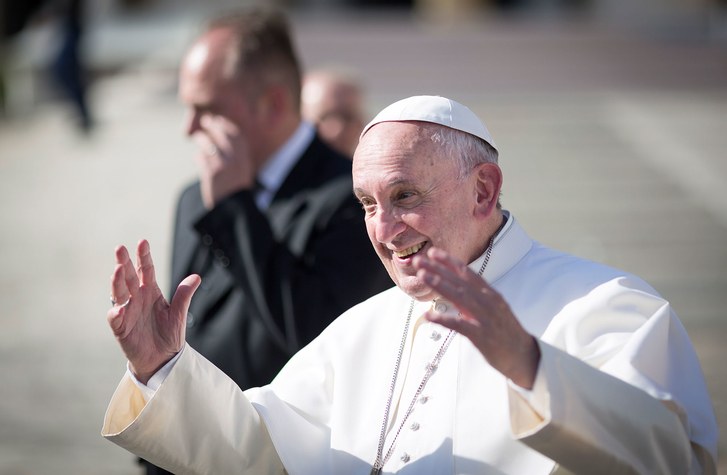 Pope Francis has warned that the world is one step away from nuclear war and that ‘one accident is enough’ to spark a catastrophe.’

He made these comments as he flew off for a visit to Chile and Peru, also warned that the world now stood at ‘the very limit’.

This has come in light of Hawaii issuing a false missile alert that sparked panic in the US state and highlighted the risk of possible unintended nuclear war with North Korea.

Though The Hawaii Emergency Management Agency later explained that the notification was indeed a mistake, and that an employee had “pushed the wrong button.”.

Pope Francis has often flagged the danger of nuclear warfare and in November he appeared to harden the Catholic Church’s teaching against nuclear weapons, saying countries should not stockpile them even for the purpose of deterrence.
When he was asked if he was worried about the possibility of nuclear war, Pope Francis said: ‘I think we are at the very limit. I am really afraid of this. One accident is enough to precipitate things.’

He did not mention Hawaii or North Korea.

143 thoughts on “Pope warns that the world is one step away from nuclear war.”