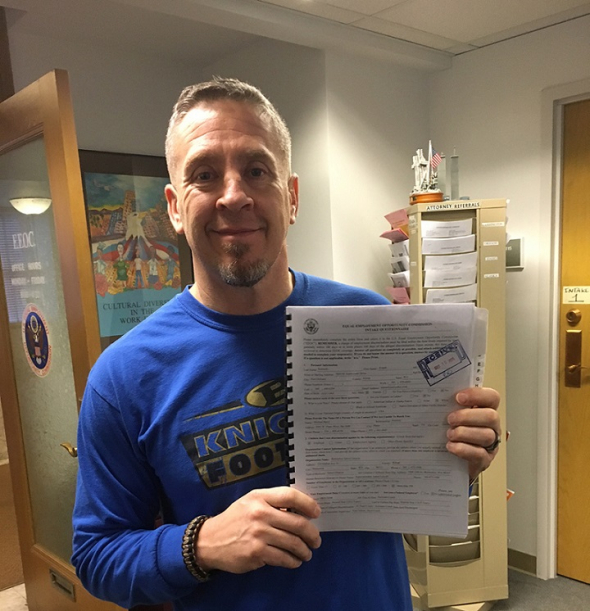 Joe Kennedy is a Washington state high school football coach, who was suspended for kneeling in prayer after the end of football games. He coached at Bremerton High School before he was suspended in 2015. In his quest to be reinstated as coach, his request for a hearing before the entire United States Court of Appeals for the Ninth Circuit was denied after a three-judge Ninth Circuit panel ruled against him last August.

Christian Post reported “A judge of the court called for a vote on the petition for rehearing en banc. A vote was taken, and a majority of the non-recused active judges of the court failed to vote for en banc rehearing,” a court document reads.

Prior to the Ninth Circuit court’s August ruling, a federal district court had already ruled that the Bremerton School District was justified in its decision against football coach Kennedy and refused to force the school district to reinstate the football coach, stating that Kennedy’s public prayer could be seen as a public school endorsement of religion, thus a violation of the Establishment Clause of the First Amendment.

Religious freedom advocates have advocated that if the school district’s punishment of football coach Kennedy goes unchecked by the courts, a dangerous precedent will be set, not only for Christians but followers of other religions as well further stating;

“Banning all coaches from praying just because they can be seen is wrong and contradicts the Constitution,” Kelly Shackelford, president of First Liberty Institute, a conservative religious freedom law firm representing Kennedy, said in a statement. “We will keep fighting on behalf of Coach Kennedy until his religious liberties are fully restored, including appealing this case to the Supreme Court of the United States.”

Was he wrong to pray or is the school in the wrong? Lets discuss in the comment section.