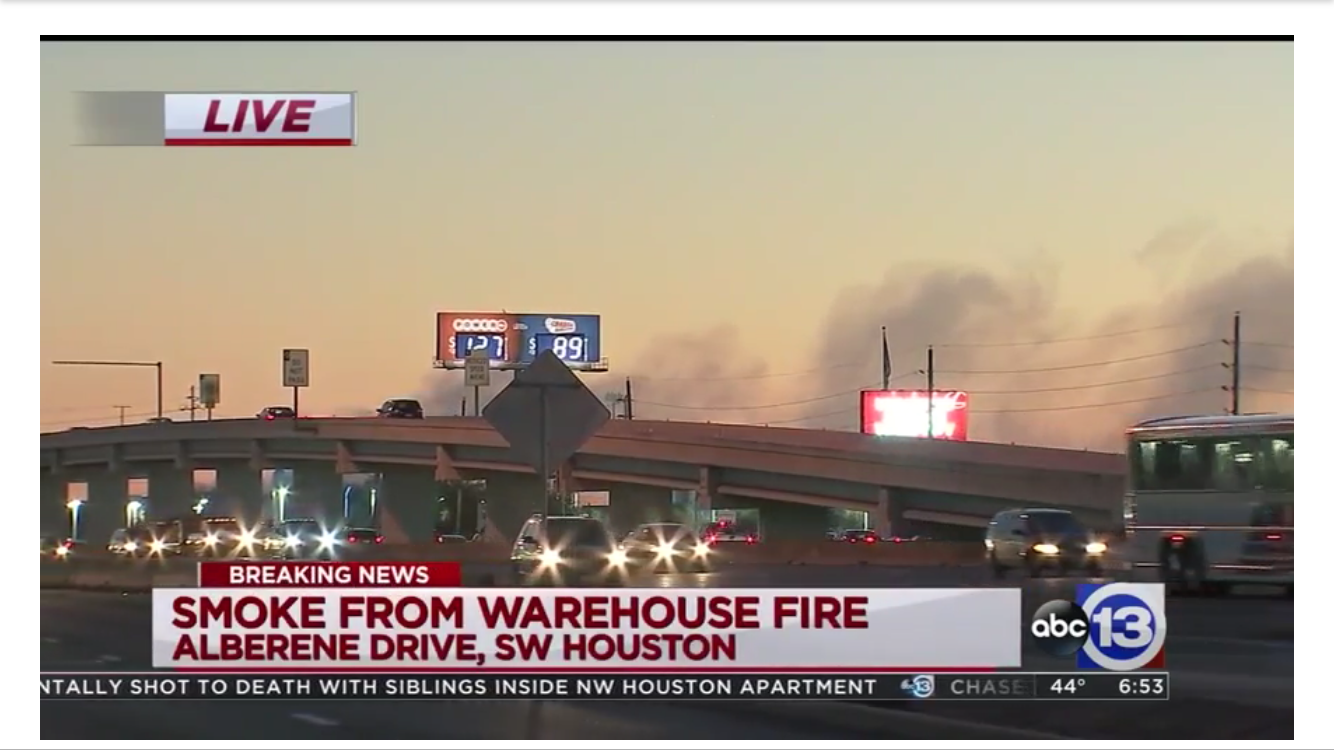 HOUSTON –   Southwest Houston church has been destroyed by a fire on Monday,  thick smoke was produced and seen rising along a busy travelled freeway during the morning journey.

Emergency services were notified around midnight at the Mount of Salvation at 9406 Alberene Drive, near Southwest Freeway and Bissonnet Street.

Several fire trucks at the scene were shown, blocking the street via a video from Sky 2.

As emergency services worked to extinguish the fire a hole was visible in the roof of the church .

The severity of the damage to the back of the building has been said to be beyond repair by Church elders.

“I don’t (know) what we’re going to do. We’re going to have a meeting, see what God can do for us right now, because it’s bad in there,” said church elder Chaim Opara.

The congregants are very distraught that their house of worship went up in flames.

The exact cause to this fire has not yet been yet determined by arson investigators, however Opara said investigators believe it could have been started because of an electrical issues.