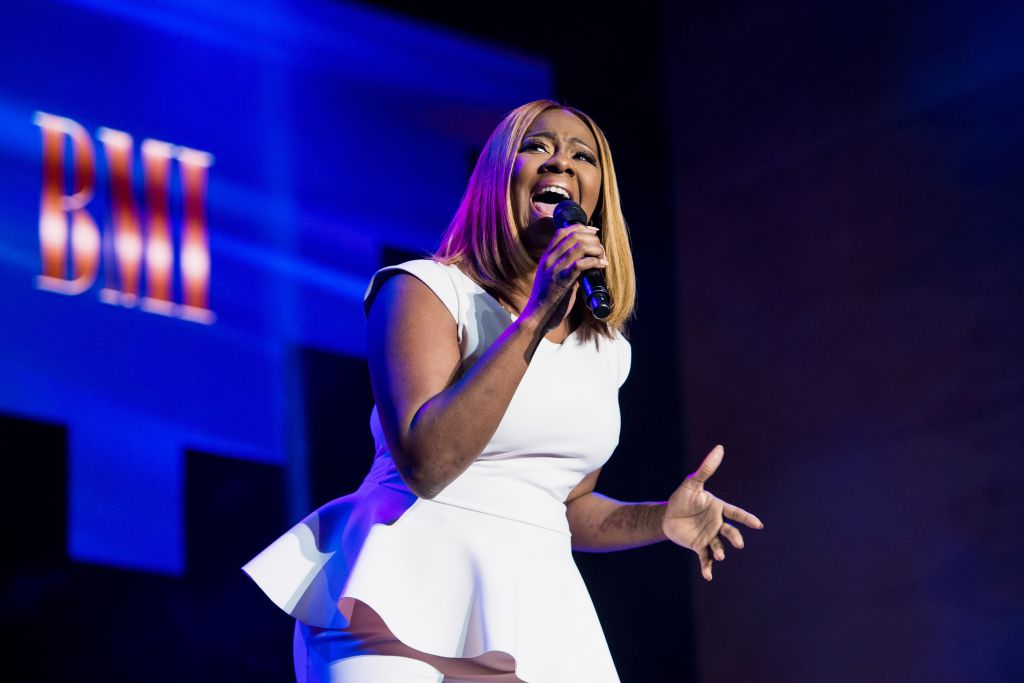 Gospel star Le’Andria Johnson who won the hearts of Christians nationwide with her talent and candour when she won the BET gospel singing competition “Sunday Best” eight years ago, is no stranger to controversy.

Johnson recently dropped a couple of pearl-clutching videos explaining why her performance at the Essence Music Festival was cancelled over the weekend.

The singer was part of the tribute honoring the legendary Dottie Peoples but she was dropped after calling out Marvin Winans and saying ‘F*ck’ the church in live video rant.

“To all of my fans who are out there who do go to church, me saying F the Church, I meant to address the politics of the church. … All the little undermining things that’s going on in the Church that hurt people like me, people like other people who have been through a lot of things in the church,” she said in a video posted to Facebook.

“You know Christianity, it’s just a lot that’s going on. So the way I said it, using the F-bomb, I apologize to the fans of mine that do go to church. I do apologize if I’ve offended you,” she continued.

Johnson was reportedly cut from the Essence Festival’s gospel lineup after she delivered an expletive-laced rant about her frustrations with Christian culture and trying to fit into it.

Different people on various social platforms noted: “I thought she had gotten her shit together and was staying off of social media. Her drunk Periscopes were legendary. She used to make a complete and utter fool of herself.”

Another observed, “So, basically she’s upset because people don’t want her smoking, drinking, and cussing up in their church whilst leading praise and worship.”

And yet another watched the clips and concluded: “It appears she is abusing alcohol and may be bipolar the way she keeps going off, the church may have it’s faults but she is not able to function without getting mad and twitter rants, she’s the blame.”

I believe the American Church (Us the people) are quick to call anyone and everyone anointed just because they have skill that gives us goosebumps. We are quick to validate people without sifting them or weighing them properly and therein lies our problem. This is not to shame Ms Johnson, but the church needs to wake up and stop being lukewarm and being blown by every wind that blows.But it is also equally important for the church to realise that people are faulty, some more than others and also to remember not everyone who sings gospel content is a believer. Some are rejects from the secular platform but want a shot at fame in whatever form, it is up to us to decipher the truth about our “Gospel” artists.

What are your thoughts on this, please share with us in the comments.