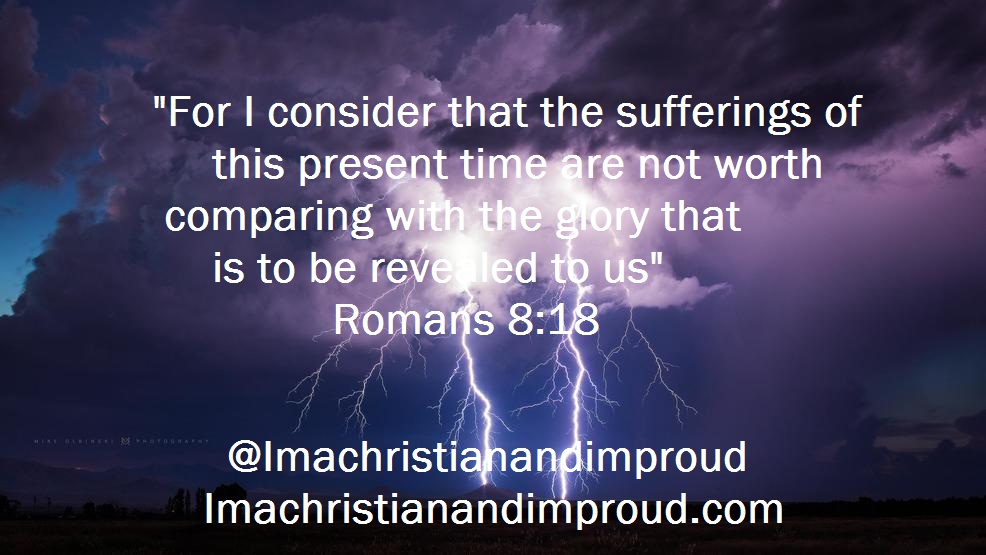 At one point or another, we are faced with trials. It seems that, in a Christian’s life, problems will forever be a constant. As much as trials can be heart-wrenching and simply something undesirable for us all, God reminds us that in times of deepest trouble we can still put our faith in Jesus, knowing He has already won the battle.

Therefore, whatever challenge you’re going through now, always remember that you’re on the same boat as Jesus. And though it may sometimes feel like He doesn’t care because He seems to be fast “asleep” (Mark 4:38), know that He has the power to calm the storm and, because of that, we will never be overtaken by the storms of life.

I was reflecting on Romans 5:3-4 which reads: “Not only that, but we rejoice in our sufferings, knowing that suffering produces endurance, and endurance produces character, and character produces hope”.

As i reflected on this passage I was encouraged and thought of the Survivors in Alabama, whom regardless of what they are going through praised God following a powerful tornado that left “catastrophic” damage, with at least 23 dead and another 20 still missing as of Monday.

Lee County Sheriff Jay Jones said at a news conference Monday that most of the destruction is concentrated along Alabama Highway 51 in Beauregard that is about a half-mile wide.

“It looks almost as like someone took a giant knife and just scraped the ground. There are slabs where homes formerly stood,” he told reporters. “Whole forested areas, trees are just snapped and lying on the ground.”

There was one particular story/video that stood out for me, shared by Delrico Eiland on Facebook of his 72-year-old aunt, Earnestine Reese, after her house was destroyed along with her daughter’s trailer in Beauregard.

In the video, according to CNN, Reese, who suffered a broken hip and will undergo surgery on Monday, tells her grandson, Kingston Frazier, via FaceTime, that she thanks God for sparing her life even though she lost her house.

Another grandmother, who said she was home alone with her dog Ginger when the tornadoes hit, wept as she was reunited with her young granddaughter.

“Can you say ‘Thank you God?’” she told her granddaughter in a touching video highlighted by CBS News.

“It’s like a war zone. I knew it was bad but I just didn’t know how bad. We sat in the closet for a long time.  Didn’t know ‘cause when I went in, the door was open and then it was closed tight and I didn’t have a roof.  So I didn’t know if I opened it what would fall, if anything would fall,” the emotional woman told a reporter.

Often the most natural way we respond to problems or catastrophe is to worry, doubt or fear and i guess rightly so. Who in their right mind would thank God in the middle of turmoil? NO many, but these courageous women have done so. I would like to encourage us all to take a leaf from their book and to remember that, in times of great testing, there is always something to be thankful for and that in the right time we will come out by God’s grace and we will come out stronger.

We have so much to be grateful for, no matter what it is we may face today. Let us remember to count it all JOY!!

172 thoughts on “Survivors praise God after deadly Catastrophe kills more than 20 in Alabama!”