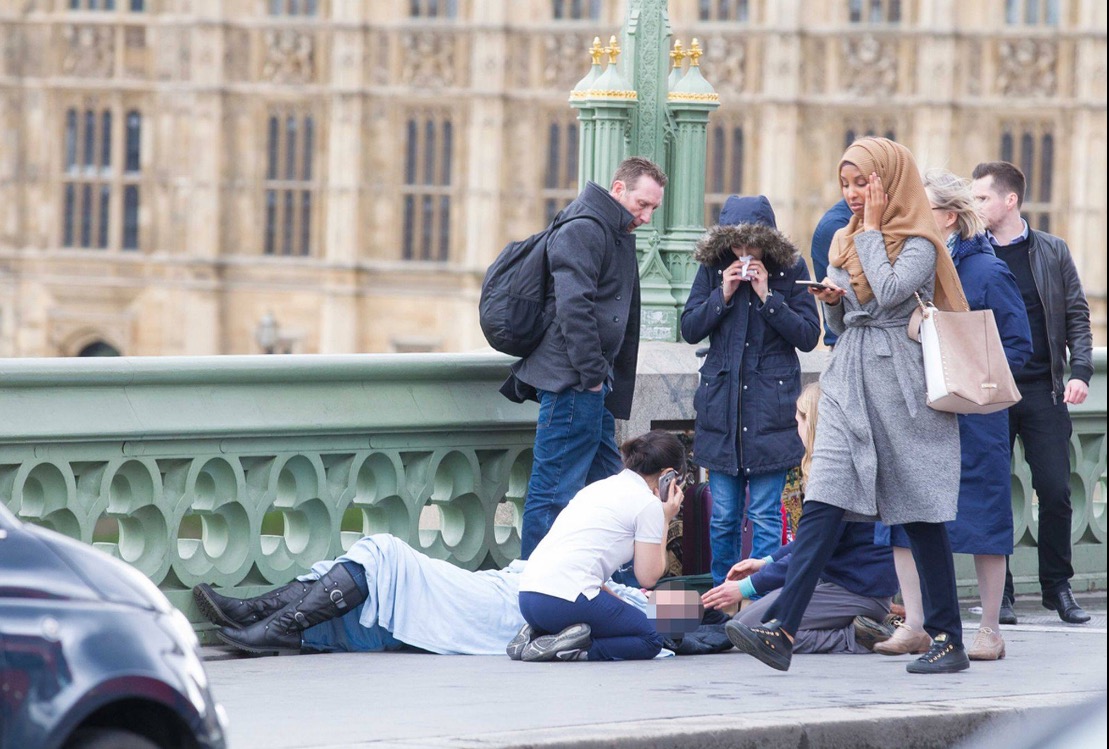 Jamie Lorriman’s image showed a distressed woman – wearing a hijab and holding a mobile phone in her hand – walking along Westminster Bridge as people in the background helped a victim on the floor but not according to social media.

They say a picture tells a thousand stories. Well, a picture doesn’t always tell an accurate story and that has proven true after this young woman in a Hijab has been terrorised with words of anger across social media since the London Terror Attacks.

The photographer who took that picture has actually revealed what was actually happening in the photo of ‘woman in headscarf walking by dying man’  with much clearer pictures. 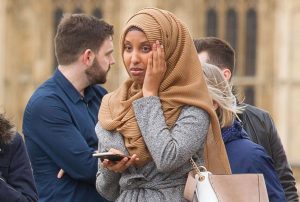 Contrary to to popular belief, she like many others were distressed and fleeing to safety. They say don’t judge a book by its cover.

This young woman has been wrongly accused and many horrible things said about her. May God help us all.

The woman has since spoken out.

A spokesperson for charity Tell MAMA told The Mirror that the woman contacted them immediately after the attack.

Remaining anonymous, she said in a statement: “I’m shocked and totally dismayed at how a picture of me is being circulated on social media.

“To those individuals who have interpreted and commented on what my thoughts were in that horrific and distressful moment, I would like to say not only have I been devastated by witnessing the aftermath of a shocking and numbing terror attack, I’ve also had to deal with the shock of finding my picture plastered all over social media by those who could not look beyond my attire, who draw conclusions based on hate and xenophobia.

“My thoughts at that moment were one of sadness, fear, and concern.

“What the image does not show is that I had talked to other witnesses to try and find out what was happening, to see if I could be of any help, even though enough people were at the scene tending to the victims.

“I then decided to call my family to say that I was fine and was making my way home from work, assisting a lady along the way by helping her get to Waterloo station.

“My thoughts go out to all the victims and their families. I would like to thank Jamie Lorriman, the photographer who took the picture, for speaking to the media in my defence.”

It is unclear whether the people who condemned her have read her statement.