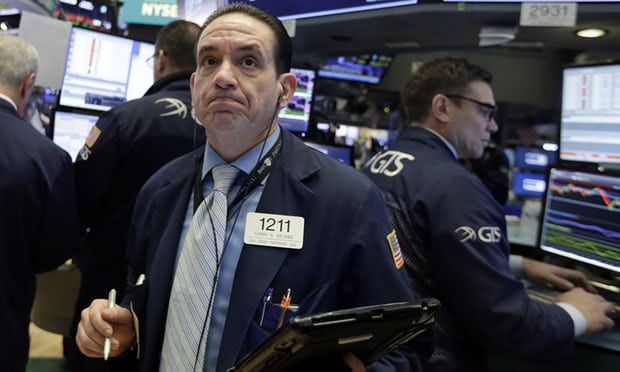 Dow Jones Industrial Average, the Dow Jones, the Dow 30 or simply the Dow, is a stock market index of thirty major companies and one of several indices created by Wall Street Journal editor and Dow Jones & Company co-founder Charles Dow. The industrial average was first calculated on May 26, 1896. Currently owned by S&P Dow Jones Indices, which is majority owned by S&P Global, it is the most notable of the Dow Averages, of which the first (non-industrial) was originally published on February 16, 1885. (Wikipedia, 2018)

The White House is “concerned” about the fall on US stock markets after the Dow Jones Industrial Average dropped by 1,175 points.

The White House said: “We’re always concerned when the market loses any value but we’re also confident in the economy’s fundamentals.”

The fall surpasses a previous record 777.68 points drop on the Dow Jones during the financial crisis in 2008.

It is the largest fall in percentage terms since August 2011, when markets dropped in the aftermath of “Black Monday” when Standard & Poor’s downgraded its credit rating of the US.

“Trust in the LORD with all your heart and lean not on your own understanding; in all your ways submit to him, and he will make your paths straight.” (Proverbs 3:5-6 NIV)

Sometimes financial limitation can throw us in dark places where we find ourselves in a dilemma that stops us from achieving, but regardless of what life throws to us, believe that where there is a will there is a way. We have to come to a place of total trust in God and keep on moving in faith, because even when we don’t see a way, God makes a way.

It is understandable to sometimes become weary especially in this economy where every commodity price seems to be on the rise and yet people’s pay remains the same, and sometimes people are just existing pay-check to pay-check, and it can be disheartening. However, when you keep your mind on Him as you head down the path he sets before you, Proverbs 4:18 says, “The path of the righteous is like the morning sun, shining ever brighter till the full light of day” (NIV). One day you will stand in the full light of eternity and view the big picture. You’ll see God’s purpose behind the path he specifically chose for you.

In the meantime, don’t let the current economy deter you from the path, instead lean on what Proverbs 3 says: “Trust in the LORD with all your heart and lean not on your own understanding; in all your ways submit to him, and he will make your paths straight.”

Be patient. God knows what he’s doing. God knows what is best for you. He can see the end result where you can’t. All those problems, financial difficulties, heartaches, difficulties and delays are common and nothing to shake you. Down Jones has nothing on God.


Hold on and God will take care of you and your household.

71 thoughts on “The White House is “concerned” about the fall on US stock markets after the Dow Jones Industrial Average dropped by 1,175 points.”