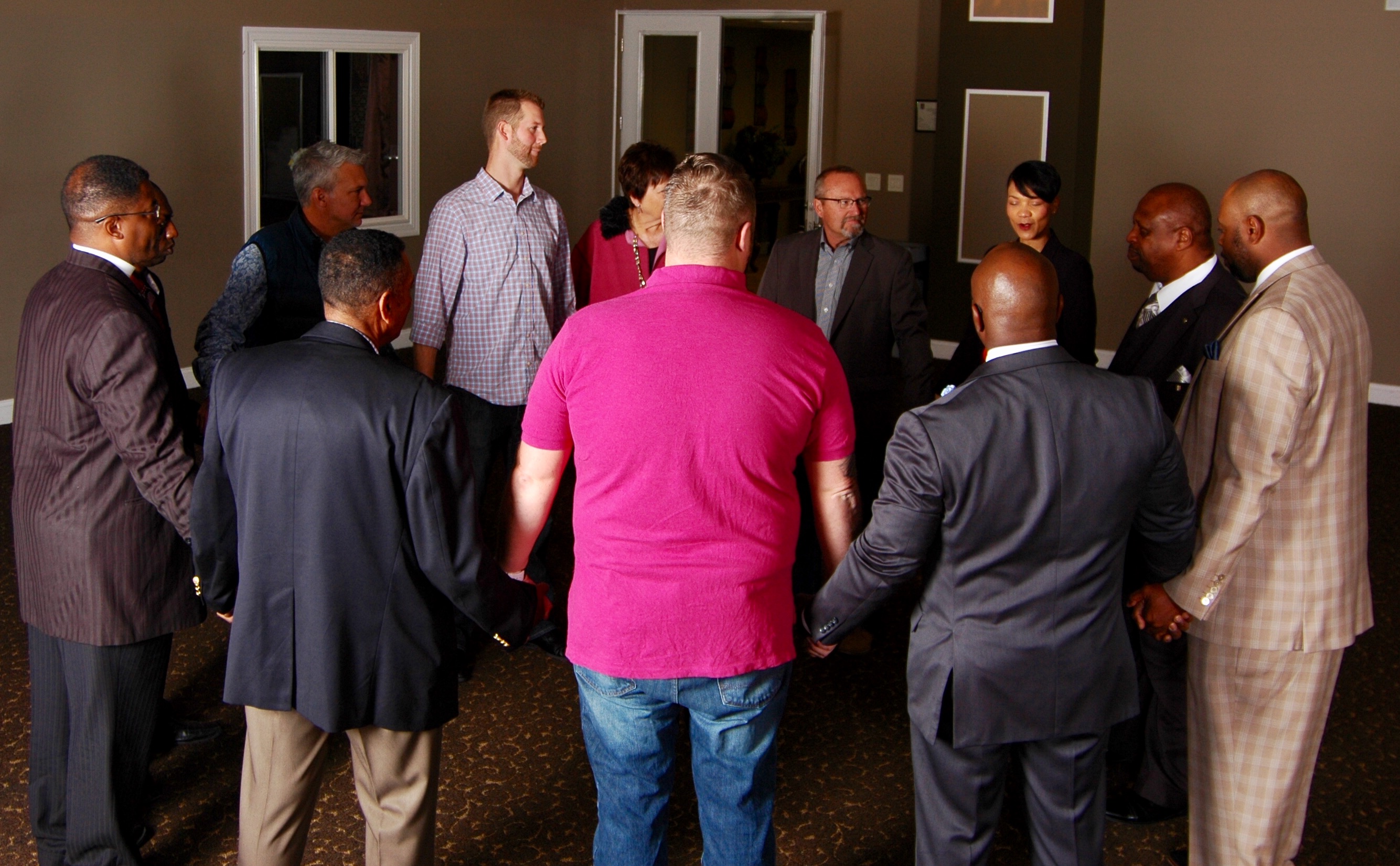 When God instructs us to do something, most of the time we are reluctant to do it. Thoughts of feeling inadequate, uncertain, unqualified or being uncomfortable keeps us from moving forward in our faith. When we do not move, we miss beautiful opportunities to experience the beauty of who our Father is. We find ourselves sitting on the sidelines and watching from a distance; even though He desires for us to actively engage with Him on earth.

But what happens when we choose to move in spite of the fear? What happens when we say “Yes” while everything around us screams “No!” I will tell you what happens. We will begin to witness firsthand not only His beauty but through the power of the Holy Spirit, we become partners with God as He accomplishes His will through us. How do I know? I tell you I am living proof of the faithfulness of God.

Six months ago, I was inspired to gather local pastors from different denominations and bring them all under one setting, privately. God revealed that He wanted to say something to these leaders and He wanted to use me to do it. The stirring in my soul was so strong it would not leave me. My first thoughts were “I am not a pastor, why would they listen to me?. They know more bible and theology than I do, why choose me? What do you want me to say?” Doubt constantly ran through my mind and fear gripped my heart. Each time God would simply answer, “I am with you.” The more He spoke, the more my Faith increased. So without hesitation, I moved and begin the journey of gathering pastors. But there was one problem. God didn’t yet reveal how he wanted me to do this. Who are they? How will I know? Where do I even begin? How many do I gather? So, I just started calling pastors. One by one, I would make a phone call to pastors I knew in the community.

I was a month away from leaving the country for a two week mission trip to Africa. There was so much to prepare for but I made every effort to reach out to the pastors. Though I reached out many times, it was not successful. We played phone tags for days/weeks, schedules conflicted and at times, no return calls.  At the end, I was a little frustrated and stressed out. I stopped calling to focus on my impending Africa trip.

Once I arrived in Africa, I was totally focused on my assignment there yet God kept stirring my soul regarding the pastors back home.  I still had fear, too many unanswered questions. But little did I know while in Africa He was preparing me for what was to come. You see, while in Africa, I was part of a ministry team traveling to different churches to minister to African pastors. I led worship before the team ministered the word of God. The message was always about unity in the Body of Christ and how Jesus instructed us to live in it. I listened intently as God revealed so much to me, personally.

Two weeks ended and once back at home, God moved swiftly. Out of no where, a white pastor approached me. He was one of the pastors I had called before I left. He simply said this, “Tiffany, are you still gathering the pastors because I would love to meet my black brothers. It’s been on my heart. Will you help me?”  This statement stopped me in my tracks. As this pastor stood before me, the sincerity of his heart moved me greatly. What an authentic confession he made. God showed me that this pastor’s agenda was pure. This was God and I knew it! Without a doubt, it was my Father’s doing!  I decided to move forward even in the fear.  My secret “no” became a “YES! God I will do it!”  But I had to make a change. I now understood I could not do it my way. I must submit completely and do it God’s way. I needed to follow Him, closely. When He moved, I needed to move. I needed to speak only what He spoke. It had to be done His way, not mine. The closer I walked with God, strategy was revealed. The more I prayed, the more I realized I needed Him. I could not do this without God’s guidance. These are His people and He was the only One who truly knew what they needed. I submitted even in the uncertainty.

One by one, I would meet specific pastors in unexpected ways. Others I would make a personal phone call, as God led the way. Each one at different times, spoke from the depth of their heart. I would simply listen trying to make sure I followed God’s heartbeat. In the conversations, I realized many of them had never met while others knew each other but never interacted. I couldn’t believe it because some of their churches were in walking distance from each other. Yet, their hearts spoke the same language and they didn’t even know it! But they were all so very, very different! Many of them had strong opposing views on various issues, including political. The thought of bringing them under one roof made me uncomfortable. Some of them have churches with thousands of members, others have medium to small churches, a few were just getting started in the area, one a missionary, one a Bishop of a prominent denomination, and one a missionary traveling the globe spreading the Gospel.  They were completely different in every area: denomination, race, gender, worship styles, teaching/preaching styles, doctrines and ages. Even more shocking was how a few of them viewed women in leadership, within the church. Ironically, here I am a female bringing a predominately male-leadership together.  However, as crazy as it looked, I knew they were the ones I was assigned to and if I was unsure, I simply waited for God and kept walking by faith.

From day one, it has been uncomfortable for these pastors. Together, they have listened to instruction, correction and edification from the Father. With each gathering being Holy Spirit led, God has revealed their own hearts while speaking to them as one unit. It’s been six months and so much has taken place since day one. Great things God has done in these leaders. They are learning to trust one another.

They have done well individually, but God has brought them together to accomplish so much more in and through Him. Putting their agendas away, laying titles aside, facing their own barriers they created; these leaders of the Gospel are trusting God with the process and doing it together. Together they have said “Yes” to God even if it makes them uncomfortable. For what has transpired before my very eyes is a testament of the Sovreignity of the Most High God. For it is only through the power of the Holy Spirit, such things can unfold and take place. Only through His power can He unite 16 pastors from different denominations with different doctrines and create something majestic. Only the love of God can do this; only His pure, unadulterated love.

I see His CHURCH. Not man’s agenda.

We chose not to sit and watch from the sidelines but to work alongside of the Holy Spirit, letting God’s love lead the way!!

Indeed, there is beauty in a “YES!” 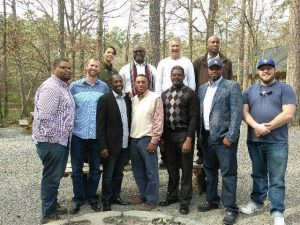 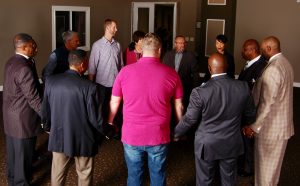 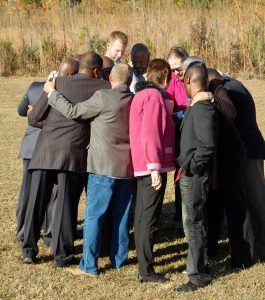