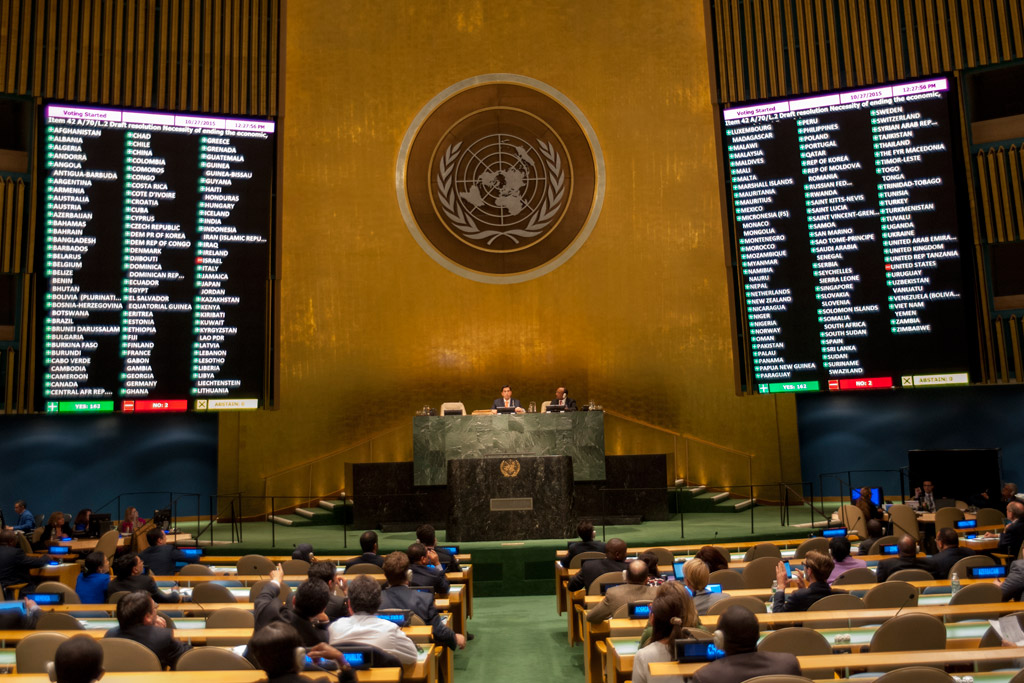 It is reported that more than 100 countries voted to defy President Trump over his decision to recognise Jerusalem as the capital of Israel. The UN resolution called on America to withdraw its move but President Trump threatened to cut off financial aid to anyone who supported it. A multitude of 128 countries voted for it. 9 countries on the other hand voted against, and 35 abstained. The USA found itself isolated on the world stage as many of its Western and Arab allies voted for the measure.

Despite the warning The President had given, it appears 128 members were not moved therefore voting in favour of the resolution supporting the longstanding international consensus that the status of Jerusalem – which is claimed as a capital by both Israel and the Palestinians – can only be settled as an agreed final issue in a peace deal. Countries which voted for the resolution included major recipients of US aid such as Egypt, Afghanistan and Iraq.

Nine states including the United States and Israel voted against the resolution. The other countries which supported Washington were Togo, Micronesia, Nauru, Palau, Marshall Islands, Guatemala and Honduras.