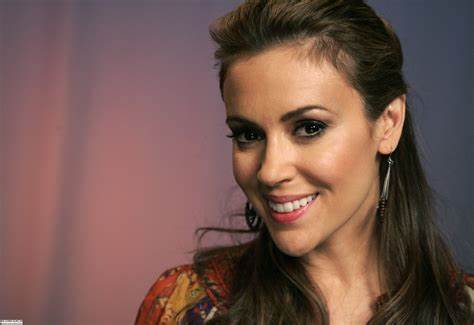 The Writers Guild of America (WGA) threatened to boycott the entire state of Georgia over a proposed “heartbeat bill” that would ban abortion once a child’s heartbeat is detected in the womb, this past week. After HB 481 passed the state Senate last Friday, actress Alyssa Milano launched a petition signed by more than 40 actors who vowed to use their influence to push TV and film production out of the state, which would result in a severe economic blow.

Seeing all the backlash caused by HB 481, pro-life actress and Georgia native Ashley Bratcher, who stars in the newly released film “Unplanned,” went up against stars like Amy Schumer, Alec Baldwin, Ben Stiller and Sean Penn to praise Gov. Brian Kemp’s courage in backing the legislation.

“Hey @Alyssa_Milano,” Bratcher tweeted Thursday, “Mother to mother, actress to actress, and as a proud Georgian, I’ve got some things to say to you.”

he actress declared that she is “incredibly proud” of her state and Gov. Kemp “for taking a  stand in the fight for life amidst backlash and dubious threats.”

Bratcher received much praise from her followers for going up against the pro-abortion Hollywood machine.

“Ashley, you are so awesome!” one Twitter user wrote. “And I commend you for having a mind of your own, rather than falling in line with the liberal sheep. That’s impressive. You are truly THE free thinker. Something Milano is not.”

“Thank you, Ashley, for standing up for what you believe in,” another user wrote.

“The world is a better place because of women like you and there will be hope for Hollywood with more actors like yourself in it. God bless you.”

“Thank you Ashley for standing up for the future Ashleys and Alyssas of the world,” another wrote. “They deserve a voice and they deserve a life. You give many of us a restored faith in film. Keep being you.”

According to The Hill, Georgia is the third biggest state for film and TV production. It is often referred to as the Hollywood of the South. Last year alone, 455 productions were shot in “the peach state,” adding a whopping $49.5 billion to Georgia’s economy.But despite intense pressure from pro-abortion activists, Gov. Kemp maintains HB 481 is good for all Georgians.

“This is a powerful moment in Georgia. It’s bigger than politics and partisanship. Let’s champion life today and give all Georgians including the unborn a good chance to live, grow, and prosper,” Kemp said.

Ashley Bratcher’s vocal support of the landmark bill only constitutes a small portion of her pro-life activism. The actress, who plays former Planned Parenthood clinic manager Abby Johnson in “Unplanned,” has her own inspiring background that has influenced her work. After booking “Unplanned,” Bratcher learned that her mother came very close to aborting her, but a last-minute encounter with a “very pregnant” nurse changed everything, and she chose life.

She called the timing of the movie “divine,” noting that so many pro-choice people are deceived by pro-abortion rhetoric because they have never had to confront the actual victims of the heinous act.“We need a face to the victim. This is a movie that actually gives the victim a face,” Bratcher said in a recent interview with The Daily Signal. “This is something that’s done in secret behind closed doors. For the most part, women don’t even see their ultrasounds. For the first time, we are taking people behind those closed doors to reveal what is really happening in the abortion industry.”“Unplanned” is now playing in theaters everywhere.

Get your tickets here.