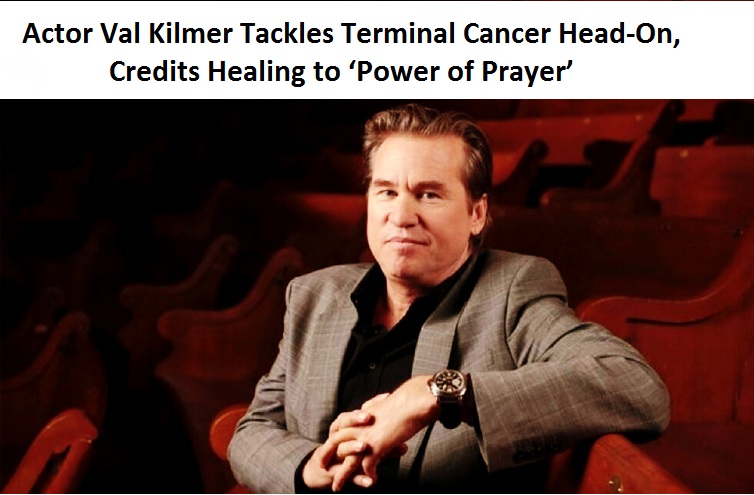 Cancer is a group of diseases involving abnormal cell growth with the potential to invade or spread to other parts of the body. These contrast with benign tumors, which do not spread to other parts of the body. Cancer can come in various forms, from small cell lung cancer, non small cell lung cancer, head and neck cancer, liver cancer, metastatic breast cancer, Bladder cancer, ovarian cancer and much more.

Government statistics at a Glance, show that the burden of Cancer is felt worldwide. Cancer is among the leading causes of death worldwide. In 2012, there were 14.1 million new cases and 8.2 million cancer-related deaths worldwide.

Hollywood star Val Kilmer is one of the people who has felt the effects of cancer. He recently shared that he had suffered from cancer and prayer helped beat his cancer. The actor, 57, confirmed about the illness, after previous denials. In a Reddit AMA (Ask Me Anything), Kilmer said that he was “grateful for all the prayers and good thoughts from around the world”. He said: “Many, many people have been healed by prayer throughout recorded history. And many, many people have died by whatever was modern medicine.”

Kilmer added: “It was an unspeakable sense of universal support while I was briefly in the hospital. Even two of my doctors mentioned praying with me, for me.

“Sometimes people are surprisingly mean about this sort of talk. Maybe they mix it up in their minds with extremists, people screaming with signs in front of Planned Parenthood or something.

“That’s not my sense of Christianity. Or most people’s, regardless of their religion.

Did you know that Cancer affects everyone – the young and old, the rich and poor, men, women and children – and represents a tremendous burden on patients, families and societies. Cancer is one of the leading causes of death in the world. Yet, many of these deaths can be avoided. Between 30-50% of cancers are preventable by healthy lifestyle choices such as avoidance of tobacco and public health measures like immunization against cancer causing infections. Others can be detected early, treated and cured. Even with late stage cancer, the suffering of patients should be relieved with good palliative care.

Do you know any cancer help websites, cancer organisations, cancer treatments or cancer clinics you can recommend for others, please share in the comments. Most importantly, let us not forget to pray for one another.