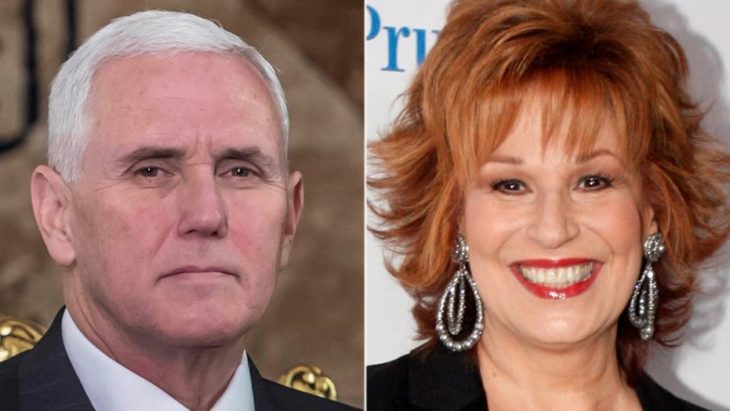 J. Warner Wallace of Fox News shared his take on the The Views – Joy Behar’s saga.

He said he empathized with Joy Behar, co-host of ABC’s The View, who recently expressed concern about a claim that Vice President (and Christian believer) Mike Pence has heard the voice of Jesus on occasion.

Wallace said he didn’t become a Christian until the age of thirty-five, and prior to that time, he too also found it disturbing when Christians said, “God spoke to me last night,” or, “Jesus told me I should do this (or that). relating Behar  who expressed a similar concern he also used to express, when she told her co-hosts, “It’s one thing to talk to Jesus. It’s another thing when Jesus talks to you. That’s called mental illness if I’m not correct. Hearing voices.”

Wallace stated; “I can honestly remember saying something similar to a Christian co-worker back when I was a committed atheist.” further stating  “He claimed that God told him something, and I thought he was, well… crazy. But years later, after becoming a Christian myself, I began to understand exactly what believers mean when they use expressions like this, and it’s not necessarily what Joy Behar may think.”

Wallace said that he pressed his Christian friend, all those years ago, and asked him if he actually heard the audible voice of God, and if God sounded like George Burns (the movie, Oh, God!, was his only point of reference prior to Morgan Freeman’s role in Bruce Almighty). Wallace said his friend laughed and explained that the expression, “God spoke to me,” didn’t necessarily mean that God spoke audibly. Christians, he said, believe the Bible is the “word of God,” and by reading it, gain access to the mind of God.

God can certainly speak to me in an audible way if He chooses, but He also speaks to me daily through Scripture, sage advisors and the everyday situations of my life.

Wallace also said, as he began to study the New Testament a few years later, he discovered this truth for himself. If the Bible is, indeed, “breathed out by God” (2 Timothy 3:16), and “the word of God is living and active” (Hebrews 4:12), there might be many ways someone could legitimately say, “God spoke to me.” Here, for example, are four:

“God spoke to me through scripture”
The Bible is more than an ancient record of historical events and theological truths, its also a wise and time-tested guidebook, filled with insight and advice. Believers have been reading the Bible to glean Divine wisdom for thousands of years. When a Christian says, “God spoke to me today,” they may simply mean that God’s word, the Bible, provided them with the direction they needed.”