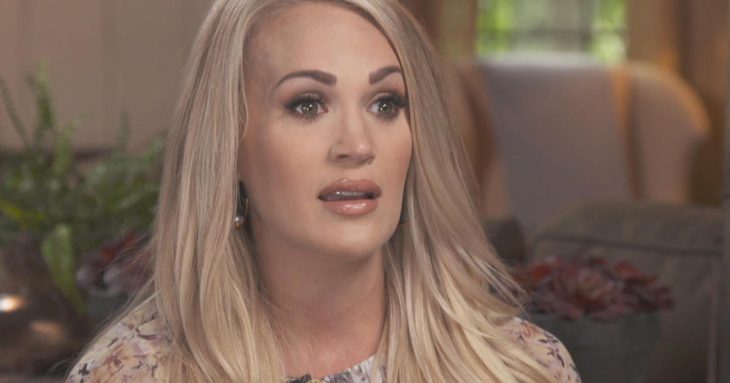 Three-time Grammy-Award winning writer Chris DeStefano say he believes God was in the room when he collaborated with Brett James and Carrie Underwood for her smash Christian-crossover hit “Something In The Water.”

In an interview with Christian Post, Destefano said “‘Something in the Water’ is absolutely one of the most special songs I’ve ever been a part of,” he further stated  “I headed over to Carrie Underwood’s cabin, met up with her and my buddy James. I remember saying, ‘you guys are either gonna love this or hate it.’

Adding further, “It was just the perfect writing day, it happened quickly. The best way I can put it is that God was in the room that day and we channeled it and wrote it. The next thing you know we were standing up and blasting it real loud and one of the times we were playing it out, I heard Carrie singing ‘Amazing Grace’ over the top of it and I was like ‘We have to do that!'”

Let us know what you think of Carrie’s new song.