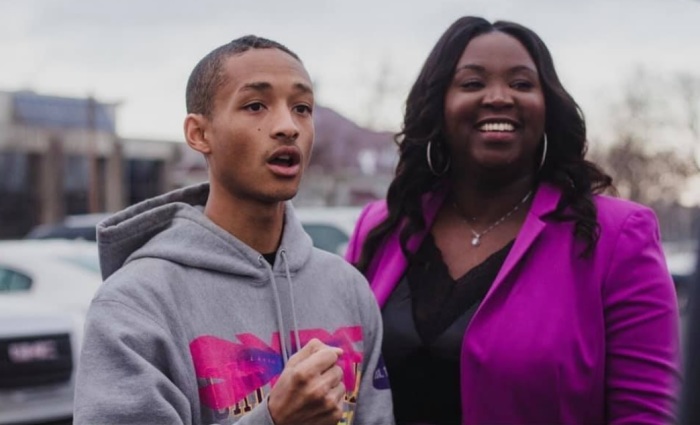 A charitable organization that’s supported by actor and musician Jaden Smith is partnering with a Michigan church to help provide clean water to residents of Flint, Michigan.

Over the past few years, residents of Flint reported increasingly contaminated water, with residents reporting issues as early as 2014. By early 2016, then President Barack Obama declared an emergency for the area and ordered federal aid.

On Saturday, 501CThree, a philanthropic group Smith is part of, joined First Trinity Missionary Baptist Church of Flint to announce a partnership to help residents gain access to cleaner water.

Catrina Tillman, wife of the lead pastor at First Trinity who’s been spearheading the project, told The Christian Post that they had “heard about the work we were already doing in the city.”

“Our church has been on the front lines of the water crisis,” explained Tillman, noting that her church has been distributing clean water to residents nearly every week for the past three years.

“And that’s sent by way of donations from other churches from all across the country, organizations, individuals, and companies. So we’ve been able to service the community for three years on a weekly basis.”

Tillman said the partnership will specifically focus on distributing a device known as the Water Box, which is a portable system designed to filter out several types of bacteria, heavy metals, and sediments.

“The plan is to, hopefully, one day have water boxes all across the city of Flint and in other cities as well,” continued Tillman. “Flint has been on the front lines of lead issues, but there are other cities as well that could utilize this filtration system.”

In a statement posted to its Facebook page, First Trinity said they were “still in awe of what took place this past Saturday” when meeting with 501CThree members.

“Serving is the greatest gift we can give to each other to express Gods love for one another. For the past three years First Trinity Missionary Baptist Church has done just that,” stated the church.

“This innovative box that we’ve created together is more than a Water Box. It’s a box of pride, confidence, hope and ownership that the residents of Flint can ALL benefit from! No longer do we have to rely on an outside source to get the bare essentials of life such as clean water!”

214 thoughts on “Will Smith’s Son Jaden Smith, is teaming up with Michigan church to combat Flint water crisis”